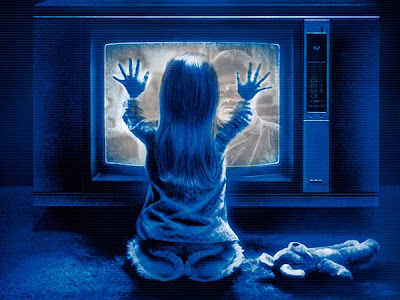 Email ThisBlogThis!Share to TwitterShare to FacebookShare to Pinterest
Labels: anyone?

Inspired by the classic Universal film that launched a legacy of horror, The Wolfman brings the myth of a cursed man back to its iconic origins. Oscar® winner Benicio Del Toro stars as Lawrence Talbot, a haunted nobleman lured back to his family estate after his brother vanishes. Reunited with his estranged father (Oscar® winner Anthony Hopkins), Talbot sets out to find his brother...and discovers a horrifying destiny for himself.

Lawrence Talbot's childhood ended the night his mother died. After he left the sleepy Victorian hamlet of Blackmoor, he spent decades recovering and trying to forget. But when his brother's fiancée, Gwen Conliffe (Emily Blunt), tracks him down to help find her missing love, Talbot returns home to join the search. He learns that something with brute strength and insatiable bloodlust has been killing the villagers, and that a suspicious Scotland Yard inspector named Aberline (Hugo Weaving) has come to investigate.

As he pieces together the gory puzzle, he hears of an ancient curse that turns the afflicted into werewolves when the moon is full. Now, if he has any chance at ending the slaughter and protecting the woman he has grown to love, Talbot must destroy the vicious creature in the woods surrounding Blackmoor. But as he hunts for the nightmarish beast, a simple man with a tortured past will uncover a primal side to himself...one he never imagined existed.

SEASON OF THE WITCH [2010]
Lionsgate and Relativity Media’s supernatural thriller, SEASON OF THE WITCH, stars Nicolas Cage as medieval knight Behmen who undertakes a mission pitting him against a devious witch and making him the last hope for the world against an ancient and dark force.
His faith broken by years of battle as a crusader, Behmen returns to central Europe to find his homeland decimated by the Black Plague. While searching for food and supplies at the Palace at Marburg, Behmen and his trusted companion Felson (Ron Perlman) are apprehended and ordered by the dying Cardinal to deliver a young peasant girl ¬believed to be the witch responsible for the Plague to a remote abbey where her powers can be destroyed. Behmen agrees to the assignment but only if the peasant girl is granted a fair trial. As he and five others set off on this dangerous journey, they realize with mounting dread that the cunning girl is no ordinary human, and that their mission will pit them against an evil that even in these dark times they never could have imagined.
SEASON OF THE WITCH stars Nicolas Cage (NATIONAL TREASURE, GHOST RIDER), Ron Perlman (HELLBOY, HELLBOY II: THE GOLDEN ARMY), Stephen Campbell Moore (THE BANK JOB, HISTORY BOYS), Claire Foy, Stephen Graham, Ulrich Thomsen, Robert Sheehan (CHERRYBOMB) and Christopher Lee. It is directed by Dominic Sena (GONE IN SIXTY SECONDS, SWORDFISH), written by Bragi Schut and produced by Charles Roven (THE DARK KNIGHT, GET SMART) and Alex Gartner (GET SMART). Lionsgate and Relativity Media Present An Atlas Entertainment and Relativity Media Production.
Hosted by Unknown at 6:37 PM 0 COMMENTS

Legion [2010]
In the supernatural action thriller Legion, an out-of-the-way diner becomes the unlikely battleground for the survival of the human race.

When God loses faith in Mankind, he sends his legion of angels to bring on the Apocalypse. Humanity's only hope lies in a group of strangers trapped in a desert diner and the Archangel Michael (Paul Bettany).

Genre:
Sci Fi
Release Date:
In Theatres January 22, 2010
Rating Details:
LEGION is rated R by the MPAA for "strong bloody violence and language."
Hosted by Unknown at 10:51 AM 2 COMMENTS

The Great Yokai War
A young boy named Tadashi Ino moves to a small town after the divorce of his parents. At a local festival, he is picked to be that year's "Kirin Rider," a protector of all things good. He soon discovers that his new title is quite literal, as a nefarious spirit named Yasunori Kato appears. Originally a human who became a demon from the strength of his hatred for humans, Kato desires vengeance against their actions on the Youkai. To carry out his revenge, Kato allies himself with a Youkai named Agi while he summons a fiery spirit called Yomotsumono, composed of the resentment of the many things which mankind has discarded. With Yomotsumono's flames, Kato feeds it Youkai which are used as ingredients in creating violent junkyard Tsukumogami under his control that capture other Youkai to build their numbers while killing humans. One of such Youkai, Sunekosuri, escaped and befriended Tadashi who attempts to obtain the Daitenguken from the mountain as part of being the Kirin Rider. However, he wimped out at the last second and with trickery by Shōjō, who picked Tadashi out, the boy overcame the test. Accompanied by Shōjō, Kawahime, and Kawataro, Tadeshi makes his way to the DaiTengu who gives him the sword before being taken away by the Tsukumogami. In spite of Tadeshi's attempts, the sword is broken as Agi takes Sunekosuri as her captive before the boy is knocked unconscious.

When the boy comes to, he finds himself among Youkai as they discuss how to fix the Daitenguken, deciding to get the aid of the blacksmith Ippon-datara. But learning he was also captured, General Nurarihyon and his group leave with Kawataro restraining an Ittan-momen while praising Azukiarai, unaware that he only remained behind due to his foot getting numb. When Kato's industrial fortress takes flight towards Tokyo, Tadeshi and company pursue and arrive after the fortress ingested Tokyo's Shinjuku Capital Building, finding Ippon-datara who reforges the sword while avoiding how he escaped thanks to Sunekosuri who took his place in becoming a Tsukumogami. Donning new attire, Tadeshi and company are outnumbered until they receive unlikely aid from thousands of Yokai who believe it's a party as their festival brawl with the Tsukumogami allows Tadeshi and Kawahime to enter the fortress safely, followed by a Youkai-obsessed reporter named Sata whom Kawahime saved in the past.

Forced to slay the Tsukumogami that Sunekosuri became, restored to normal yet hanging on for dear life, Tadeshi battles Agi in rage before she is called back by Kato to begin the final phase by joining with Yomotsumono. Despite Tadeshi's attempts, Kato proves to be superior as Kawahime attempts to protect the boy, admitting to her hatred for humans for being abandoned when she first came into being, but will never resort to a human emotion like revenge. Unphased, Kato takes the two out as Azukiarai awkwardly arrives and the villain calls Agi to join him. However, because she loved him and thus a hindrance, Kato kills her instead before entering the oven to become one with Yomotsumono. However, due to Sata's actions, one of Azukiarai's Azuki beans ends up in the mix with Kato, causing a chain reaction of positive emotion that destroys Yomotsumono. After the Youkai take their leave, Tadeshi and Sata find themselves on the street as the boy tells his first white lie to the reporter about Kawahime's feelings towards him. Years later, Tadeshi is a grown man who lost his ability to see the Youkai, even Sunekosuri who is confronted by an Azuki-pupiled Kato.

Dwayne Johnson is the TOOTH FAIRY, also known as Derek Thompson, a hard-charging hockey player whose nickname comes from his habit of separating opposing players from their bicuspids. When Derek discourages a youngster's dreams, he's sentenced to one week's hard labor as a real tooth fairy, complete with the requisite wings and magic wand. At first, Derek "can't handle the tooth" - bumbling and stumbling as he tries to furtively wing his way through strangers' homes...doing what tooth fairies do. But as Derek slowly adapts to his new position, he begins to rediscover his own forgotten dreams.

Now i like my Dwayne Johnson a mean fighting machine, now where this film comes into play... did he lose a bet or just trying to become that actor for kids movie?

More Of the Best (Worst) Films in 10 years

Email ThisBlogThis!Share to TwitterShare to FacebookShare to Pinterest
Labels: anyone?, two thumbs

Some of the best worst movies in 10 years...

A Decade of Bad, but great movies... Any Thoughts or Additions?

Now these were panned movies by the critics, but I loved them!
Hosted by Unknown at 6:58 AM 3 COMMENTS

Email ThisBlogThis!Share to TwitterShare to FacebookShare to Pinterest
Labels: anyone?, two thumbs 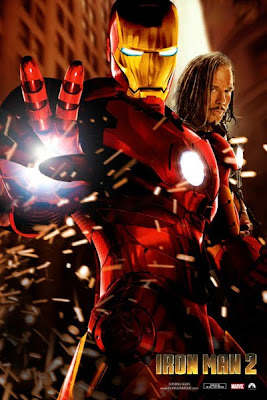 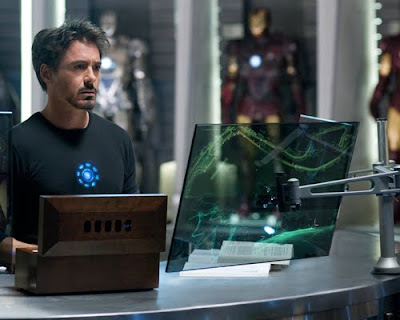 Now this is just me, but Mickey Rourke looks crazy... now I know you all are saying that is just him... it might ruin this film for me. The first film was very entertaining as it was a simple rich guy finding himself, here in the newest it gives me the impression that freaks will be over the top... which will steal the richness from the original...
Hosted by Unknown at 8:11 AM 0 COMMENTS 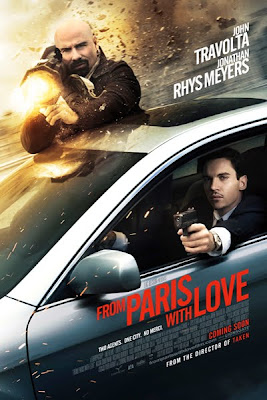 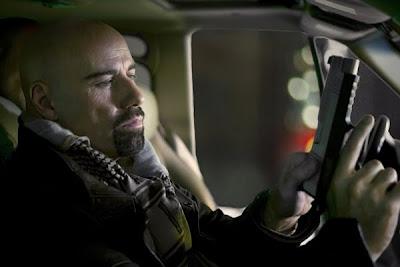 A personal aide to the U.S. Ambassador in France, James Reese (Jonathan Rhys Meyers) has an enviable life in Paris and a beautiful French girlfriend, but his real passion is his side job as a low-level operative for the CIA. All James wants is to become a bona fide agent and see some real action. So when he’s offered his first senior-level assignment, he can’t believe his good luck – until he meets his new partner, special agent Charlie Wax (John Travolta).

A trigger-happy, wisecracking, loose cannon who’s been sent to Paris to stop a terrorist attack, Wax leads James on a white-knuckle shooting spree through the Parisian underworld that has James praying for his desk job. But when James discovers he’s a target of the same crime ring they’re trying to bust, he realizes there’s no turning back…and that Wax himself might be his only hope for making it through the next forty-eight hours alive.