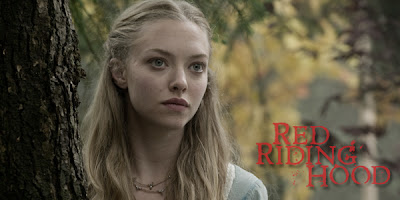 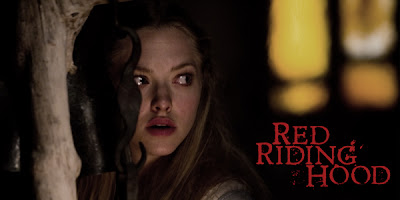 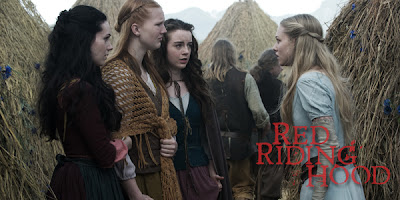 Valerie (Seyfried) is a beautiful young woman torn between two men. She is in love with a brooding outsider, Peter (Fernandez), but her parents have arranged for her to marry the wealthy Henry (Irons). Unwilling to lose each other, Valerie and Peter are planning to run away together when they learn that Valerie's older sister has been killed by the werewolf that prowls the dark forest surrounding their village. For years, the people have maintained an uneasy truce with the beast, offering the creature a monthly animal sacrifice. But under a blood red moon, the wolf has upped the stakes by taking a human life. Hungry for revenge, the people call on famed werewolf hunter, Father Solomon (Oldman), to help them kill the wolf. But Solomon's arrival brings unintended consequences as he warns that the wolf, who takes human form by day, could be any one of them. As the death toll rises with each moon... Written by Warner Bros. Pictures
Hosted by Unknown at 1:52 AM

I really want to see this even if it is meant for kids.

i am interested, but it will be one i wait for to go budget!

I saw the trailer and it looked good. But as for most of my movie watching, I will probably end up watching this when it comes out on DVD.

I dunno. I'm not interested. I saw the ad and it just looked dumb. No offense to anyone, please.

i too am wishy-washy, cause it looks to teen-bop... but that might be the idea.