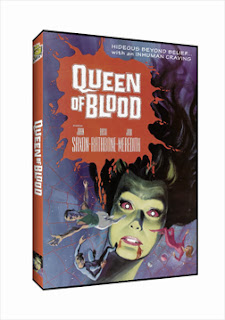 Queen of Blood [1966]
Hideous beyond belief...  with an inhuman craving.
New highs in blood chilling horror!


It's the year 1990 and scientists receive a distress call from an alien spaceship that has crash-landed on Mars. Dr Farraday (Rathbone) decides to send a team of astronauts, including Allan Brenner (Saxon) and Paul Grant (Hopper), on a rescue mission. On the planet, they discover just one survivor. This green-skinned alien is brought aboard, but when one man is attacked and drained of his blood, the survivors are soon racing home, before they too become victim to the bloodsucker. 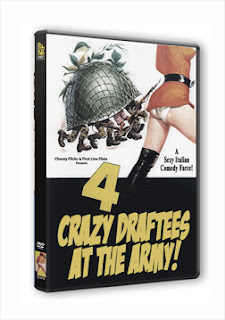 4 Crazy Draftees at the Army [1974]
A sexy Italian comedy farce!

From acclaimed director Marino Girolami, this crazy sexy satire of the Italian army and it's workings is a must for any true movie collector. Our four incompetent types thrown into the field whether they liked it or not. They preferred to run the other way, but can never get their act together! How will they win the war? How can they get out of this mess? 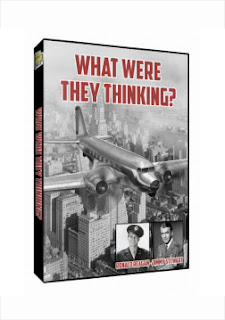 Sentimental Journey - Starring Jimmy Stewart - After landing his airline flight, a veteran DC-10 captain decides to take a stroll across the airport tarmac. He comes across an old DC-3 now serving night freight duty. The captain is lost in reverie recalling his early World War II era career as a DC-3 pilot flying passengers from New York to Los Angeles.

Recognition of the Japanese Zero Fighter - Starring Ronald Reagan - Military training film on the characteristics, capabilities, weaknesses, and recognition of the World War II Japanese fighter aircraft known as the Zero.
Cheezy Flicks | cheezyflicks.com
Jeremy [The Wolf]
Hosted by Jeremy [Retro] at 1:00 AM