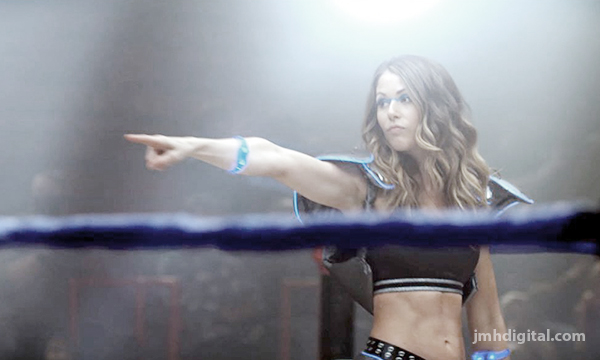 Chokeslam was an official selection of the World Film Festival - San Francisco and the Calgary International Film Festival. It's recommended for fans of other wrestling comedies like Ready To Rumble, Nacho Libre, Body Slam and the hit Netflix series GLOW.

Corey (Chris Marquette), still lives in his mom's basement with same job slicing meat in a tiny deli for over a decade, a sad and lonely figure. His life shut down after hastily proposing marriage to his best friend Sheena (Amanda Crew) in front of their entire high school only to have her turn him down.

A humiliated Corey wanted Sheena to stay in their small town but she was going onto much bigger things. Ten years later, Sheena, now a world-renowned professional wrestler, famous for her legendary temper in and out of the ring, has come back home for her and Corey's high school reunion and Corey cannot help himself, immediately falling for Sheena all over again. But professional wrestling has not been kind to Sheena. She's changed. She's hostile and burnt-out from years on the road and has announced her retirement. 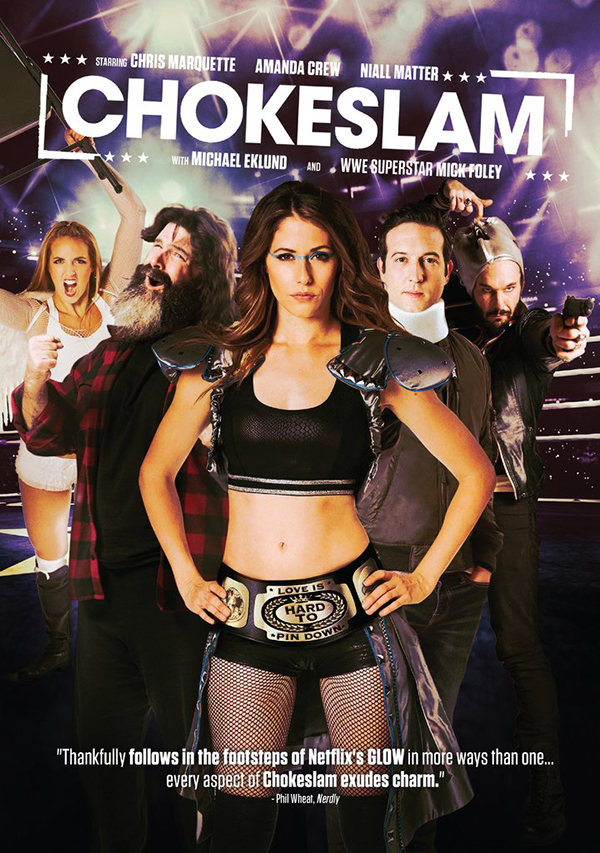 To win back over her heart, Corey plans a retirement benefit match for Sheena but what Corey never envisioned is that the match lures talent scouts to watch her wrestle and the scouts are so impressed that they are going to fly in the big boss to see Sheena wrestle. If he's as dazzled as they are, he'll offer Sheena an exclusive five-year wrestling contract, only it is to wrestle in Japan. Corey feels like he's been scissor-kicked in the stomach. The very event intended to rekindle Sheena's love for wrestling, and hopefully her love of him, now threatens to take her away from him forever...Love is hard to pin down.
Jeremy [Six Strings]
Hosted by Jeremy [Retro] at 11:58 AM