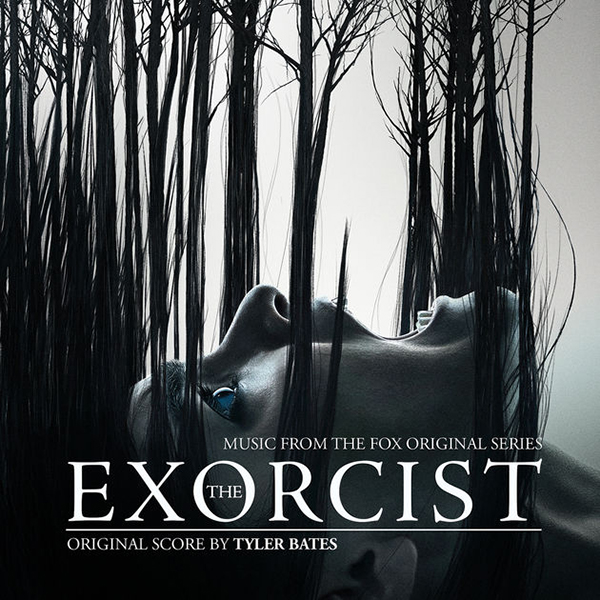 Opening an entirely new chapter in the iconic franchise, Season Two of THE EXORCIST premieres Friday, September 29 (9:00 - 10:00 PM PT/ET), where FATHER TOMAS ORTEGA (Alfonso Herrera) and a newly collarless MARCUS KEANE (Ben Daniels) out of Chicago and on the road, searching out evil. Across the Atlantic, FATHER BENNETT (Kurt Egyiawan) attempts to weed out those within the Vatican who have turned against God. Ultimately, Tomas and Marcus are led to ANDREW KIM (John Cho), a former child psychologist who runs a group home for five at-risk foster children on a secluded private island off the coast of Seattle. When one of the children under Andrew’s care is targeted by a powerful force, the two priests head west, setting themselves on a collision course with Hell.

Best known for his post-millennial science fiction and horror film work, Tyler Bates is a composer whose work also includes television series and video game soundtracks. Born in Los Angeles, California, he grew up in Chicago and was introduced to a wide range of music by his mother. He began composing music as a teenager and eventually moved from Chicago to Los Angeles in 1993 to pursue a career as a film music composer.

During the early to mid-'90s, Bates scored a number of B-movies. In the meantime, he was part of the alternative rock band Pet, along with vocalist Lisa Papineau. Pet's 1996 eponymous album debut was executive produced by Tori Amos and released on her Atlantic Records vanity label Igloo. The band was featured on the soundtrack albums The Crow: City of Angels (1996) and The Last Time I Committed Suicide (1997). Bates left Pet in 1997 and began concentrating on film, composing full-time following the success of The Last Time I Committed Suicide, which he scored.

He had steady work thereafter, including the films Get Carter (2000), City of Ghosts (2002), and Dawn of the Dead (2004). Bates subsequently worked with rocker-turned-director Rob Zombie on several of his films, including The Devil's Rejects (2005), Halloween (2007), and Halloween II (2009). Besides horror film work, he carved out a niche for himself in the science fiction field, composing music for the films Slither (2006), The Day the Earth Stood Still (2008), and Watchmen (2009). Outside the realm of film, he worked on the celebrated television series Californication and composed music for video games as well.

In 2015, Bates also joined Marilyn Manson's touring band as guitarist after producing and co-writing their 2014 LP The Pale Emperer. "Cupid Carries a Gun" from the album was used as the opening title music of the supernatural TV drama Salem, which Bates scored. Other highlights from the decade included the Jason Momoa reboot of Conan the Barbarian (2011), the sci-fi blockbuster Guardians of the Galaxy (2014), John Wick (2014) and John Wick: Chapter 2 (2017), both of which were co-written with Joel Richard, and Guardians of the Galaxy, Vol. 2 (2017). ~ Jason Birchmeier