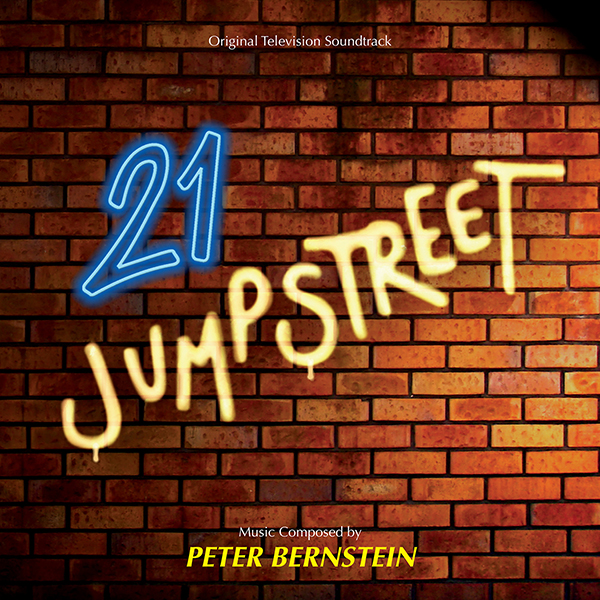 Varèse Sarabande wants fans to know that WE HEAR YOU!  The label continues its semi-monthly music series, featuring CD releases of limited edition soundtracks that you - film music fans - have been requesting.  Whether it’s a gem that has never seen the light of day, or a long sold-out title worthy of a reissue, if the demand is there, we’ll release it. Curated by fans, for fans, who have never given up hope that a label will release that overlooked or special soundtrack. Music you want, music you missed…We Hear You!

The next release in the series will be a two-disc set of 21 JUMP STREET, a gem from composer Peter Bernstein (THE EWOK ADVENTURES, CANADIAN BACON) – available directly from Varèse Sarabande on February 23, 2018.

“Jump! Down on Jump Street.” I never knew what that line from the 21 Jump Street title song was supposed to mean but when I first heard it before beginning work on the score.” said Bernstein. “I knew that it did not sound like warmed-over made-for-television pop music. It sounded real.”

Like everything else about the show, the score became something new in the history of television. “The cast, stories and music were all aimed at a new generation of viewers largely ignored by series television of the time and helped launch the careers of many young directors and actors including its top billed star Johnny Depp,” explained Bernstein.

The music itself was also revolutionary in how it was recorded.  Bernstein composed anywhere between 12 and 20 minutes of music per episode, as explained in the albums extensive liner notes by Jim Lochner, working from his home studio set up in his spare bedroom – a rarity at the time - using mostly samples, a bank of synthesizers, with an occasional acoustic overdub.

21 Jump Street evolved through the years, as did the music.  “It got a little darker as time went on, more emotional,” Bernstein said.  “In the beginning, I think it was enough to have some rhythm going on.  As time went on, everybody was digging deeper and the series changed.  The music reflected that.”

The music is finally available... really a treat for your ears!
Jeremy [Six Strings]
Hosted by Jeremy [Retro] at 5:25 PM