LOVECRAFT GOES TO THE MOVIES: THE CLASSICS THAT INSPIRED THE CLASSIC HORROR FILMS 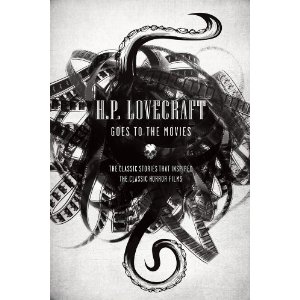 REEL DISAPPOINTMENT: A RELUCTANT REVIEW OF

LOVECRAFT GOES TO THE MOVIES: THE CLASSICS THAT INSPIRED THE CLASSIC HORROR FILMS


I am no longer sure what I expected out of this collection of Lovecraft’s works, but I know it didn’t deliver. Each story is preceded by a brief notation about the film that was based on the attending story, but what should have been a fun, campy read that included the Lovecraft tale, turned into a sigh of relief that the book cost no more than ten dollars. The information that should have lit up the book and was supposed to be instrumental in creating this collection just laid there like a footnote and the best thing about it was the introduction by Michael Kelahan. Where were the film reviews? Cast and director commentaries? Interviews and promotions materials? Film history of this ilk should be fun. As it were, I just bought yet another collected works of Lovecraft.

Maybe I was expecting too much, but I am thinking that the book would have been better served in a larger format and with accompanying movie posters and cast memorabilia as part of the presentation. I was certainly expecting a bit more that the blasé delivery of rote information anyone could find on the internet, and which – if complied by itself – might have consumed a whole five pages of text. I just may have just been lazy enough to buy this book for the limited film information, but by God I am ashamed. Can I rate this with negative tentacles? Well then let’s call it one limp tentacle…and only because it’s a cheap Lovecraft collection for the limited budget.