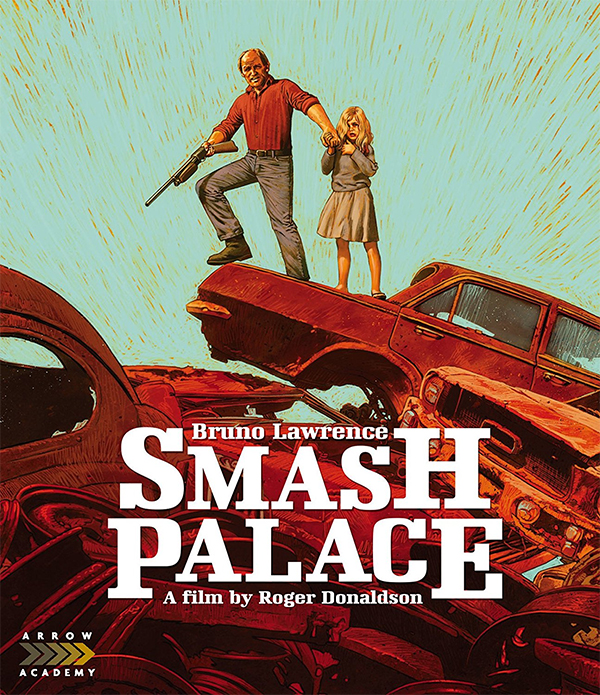 Premiering at the 1981 Cannes Film Festival, Smash Palace was Roger Donaldson's second feature following the success of Sleeping Dogs, a film which had heralded the arrival of the New Zealand New Wave.

Smash Palace concerns itself with the marriage of former racing driver Al (Bruno Lawrence, The Quiet Earth) and French-born Jacqui (Anna Jemison, Nomads). The pair had met when she nursed him back to health following a career-ending injury. They married, returned to Al s native New Zealand to take over his late father s wrecking yard business the Smash Palace of the title and had a child. But over time stagnation has set in, Jacqui s resentment of Al has grown, and things are threatening to spill over...

Playing out as a darker, more haunting New Zealand variation on such US separation movies as Kramer vs. Kramer or Shoot the Moon, Smash Palace offers a brilliant, vivid messy portrait of masculinity in crisis, driven by Lawrence s immense central performance once again confirming his status as one of New Zealand s finest actors.