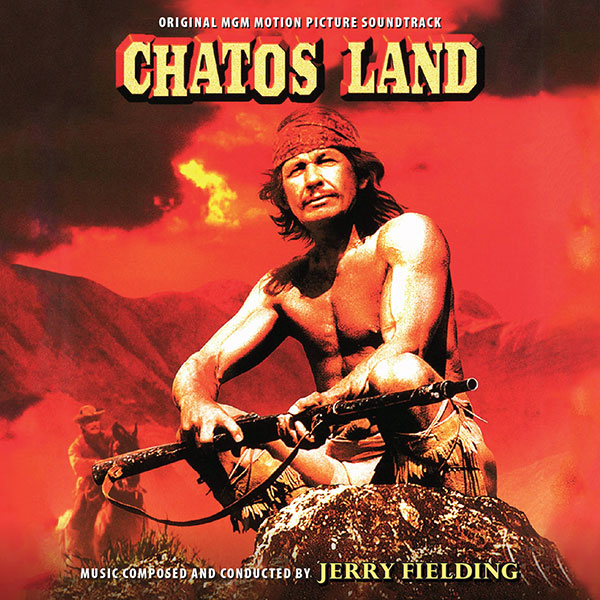 Intrada brings back one of Jerry Fielding's classic western scores, revisiting the 1972 Michael Winner-directed Chato's Land. The early '70s was and intensely prolific period for Fielding, and one where his creative genius was on display to the extreme – filled with such masterpieces as The Nightcomers, The Mechanic, Scorpio, and Straw Dogs. His untimely passing was nothing short of devastating.The music to Chato's Land stands firmly among the aforementioned titles and again showcases the passion Fielding brought to everything he touched. As the late Nick Redman, one of Fielding's biggest champions, commented in his liner notes:

It's a fierce, dark, difficult work, full of anger and tension. It is notable for its non-reliance on familiar western motifs. Instead, Fielding conjures a uniquely interesting musical language that creates an all-pervasive chilling barbarity; a cruelty that is always present, never romanticized, and is seemingly part of the land itself. It swirls around the luckless protagonists, closing in upon them and ultimately shutting them down.

Intrada's initial release in 2008 was the premiere release from the first generation stereo session tapes from MGM's library, bringing a new depth and clarity previously unheard, and offering the first complete presentation of this powerful and aggressive score. It also sold out very quickly. For this new addition, Intrada has created an all-new master, removing some of the less musical assemblies from the prior release and allowing the score to flow as Fielding originally intended, as many of the cues live as their own separate entities.

In the film, Charles Bronson stars as Chato, an Apache "breed" who kills the local sheriff in self-defense. A posse pursues, but they underestimate Chato, who toys and lures them into hostile terrain. When things escalate, Chato moves from toying to killing. Chato's Land is a tale of race hatred – another in a series of knock-out Fielding/Winner collaborations.