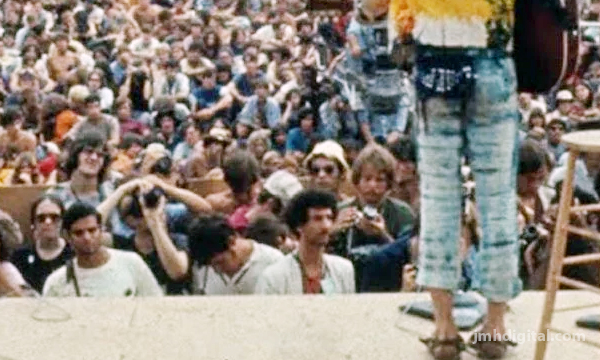 As the future of Woodstock 50 remains uncertain, a new documentary shows how festival founders made the unimaginable possible in 1969.

With the future of the highly anticipated Woodstock 50 music festival unclear, a younger generation may not know that the original “Three Days of Peace and Music” were also plagued by uncertainty, last-minute venue changes, a lack of headliners and permits… and in fact it almost didn’t happen! With more than 70 hours of interviews with Woodstock producers, planners, and performers – director Mick Richards, who attended the 1969 festival as a teenager, has created the most comprehensive and deeply researched look back at how the event came to be in CREATING WOODSTOCK, available on DVD July 30 and streaming August 13.
The documentary features never-before-seen private film and rare archival video footage, original interviews with key figures, and uncovered photographs that show just how much went in to pulling off the impossible. First-hand accounts of little known stories are woven throughout the film, such as when Jimi Hendrix was stranded at the airport and hitched a ride to the site, or when a bank manager was awoken in the middle of the night to get money to pay The Who, which then needed to be helicoptered to them before they would go on stage – much like the personal supply of strawberries that Janis Joplin required.

Three decades in the making, CREATING WOODSTOCK resurrects the original site blueprints, features interviews with the founders of Woodstock Ventures – John Roberts, Joel Rosenman, Michael Lang, and Artie Kornfield – and takes viewers from the initial idea of the “happening” to the moments when the last festival goer stumbled off Max Yasgur’s once pastural alfalfa field. 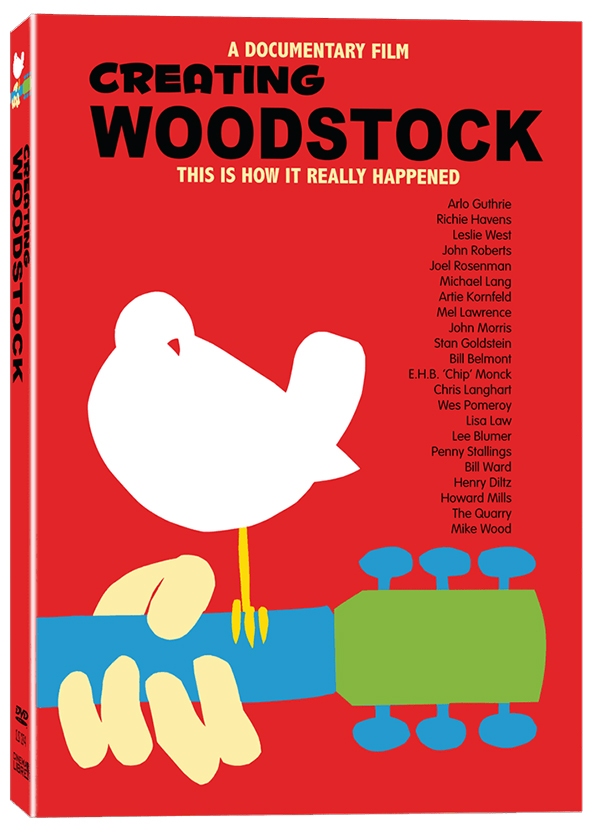 For three days in August 1969, nearly a half-million young people descended upon Max Yasgur's farm in upstate New York for the rock ‘n’ roll event that defined a generation. Mythologized for 50 years, the filmmakers set the record straight with "Creating Woodstock,” the most comprehensive examination of how the festival came to be using original interviews with key figures, rare archival footage and unearthed photographs.

The founders of Woodstock Ventures – John Roberts, Joel Rosenman, Michael Lang, and Artie Kornfeld – along with the best production talent on either coast, including John Morris, Bill Belmont, Mel Lawrence, and Chip Monck recall moments from the initial idea for the festival, to the search for a suitable site and then the race to build a venue, promote the event and, most importantly, book the bands.

Find out why the Grateful Dead wanted a “do over" and Crosby, Stills & Nash weren’t going to show up, why The Who refused to play and Jimi Hendrix almost didn’t make it, and how it turned into a free concert. Richie Havens, Arlo Guthrie, and Leslie West recount their experiences, including performing on a stage that nearly collapsed, and learn how a 15-year-old girl may have saved the festival from being shut down entirely!

DVD Bonus Features:
-Arlo Guthrie Walking on Stage
-Grateful Dead Wants a Do Over
-The Making of the Woodstock Posters
-Who Wanted to Burn Down the Concession Stands
-Issues with NYC Police Working the Festival