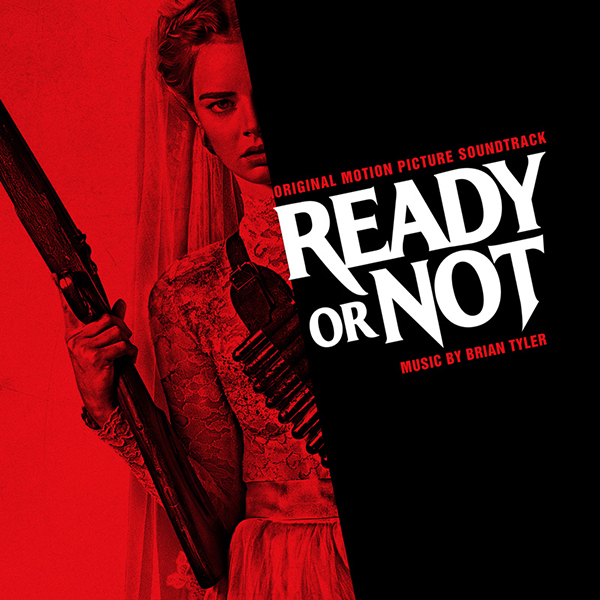 Fox Music releases the original motion picture soundtrack to READY OR NOT, directed by Matt Bettinelli-Olpin and Tyler Gillett.   The score was composed and conducted by Brian Tyler and is available digitally today.  READY OR NOT opened in theaters nationwide on August 21, 2019.

Brian Tyler, a multiple BAFTA and Emmy Award nominee, has been a composer and conductor on over 70 feature films.  Among the hit movies for which he has composed the scores have been Joss Whedon’s AVENGERS: AGE OF ULTRON; five films from the FAST AND FURIOUS franchise, including James Wan’s FURIOUS 7; Shane Black’s IRON MAN 3; Alan Taylor’s THOR: THE DARK WORLD; Jon Chu’s CRAZY RICH ASIANS for which he was voted to the 2019 Oscar shortlist for Best Original Score; Justin Baldoni’s FIVE FEET APART; both NOW YOU SEE ME films; and Adam Shankman’s WHAT MEN WANT. Upcoming projects include CHARLIE’S ANGELS directed by Elizabeth Banks.

Tyler began scoring features shortly after completing his Master’s Degree from Harvard University as well as receiving his Bachelor’s Degree from UCLA. Among his early collaborations were scoring movies for directors Bill Paxton (FRAILTY and THE GREATEST GAME EVER PLAYED) and William Friedkin (THE HUNTED and BUG). His many other credits as composer include all three of THE EXPENDABLES movies, which followed his collaboration with director/star Sylvester Stallone on RAMBO; and writer/director James Vanderbilt’s TRUTH, starring Cate Blanchett and Robert Redford.

His work in films also encompasses arranging and conducting the logo music for Universal Pictures and Marvel Studios. Tyler has additionally composed the themes for the NFL on ESPN, for the nationally televised U.S. Open Championships, and for Formula 1.  Also, he has composed music for television series including dozens of episodes of “Hawaii Five-O” and Taylor Sheridan’s “Yellowstone” starring Kevin Costner.

He is a multi-instrumentalist skilled at playing piano, guitar, drums, bass, cello, world percussion, guitarviol, charango, and bouzouki, among others. Tyler performs electronic music under the moniker Madsonik.

He has conducted symphonic concerts of his movies around the globe and frequently conducts the London Philharmonic, the Philharmonic Orchestra of London, and the Hollywood Studio Symphony. His honors include 32 BMI Music Awards, 5 ASCAP Music Awards, and 12 Goldspirit Awards including Composer of the Year.  Tyler was also named Film Composer of the Year at the 2014 Cue Awards.

On his score for the Fox Searchlight fantastical genre film, Tyler said, “Ready or Not was an incredible opportunity to fuse completely unlikely tones: elegance, insanity, and beauty. The narrative and aesthetic of the movie calls for such a pairing with its gorgeously shot rich set pieces and costumes set against the psychotic mania of the story. The directors and producers of the film are true movie lovers and amazing collaborators, many of whom I have worked with for decades. This project was a labor of love and we dove into it head first. I composed primarily a classical chamber string score with romantic themes containing hints of an unhinged tone that builds throughout the score to the climactic, glorious, demented finale.”
...and ...and... and, dig that score! YES!
Jeremy [Six Strings]
Hosted by Jeremy [Retro] at 7:53 AM