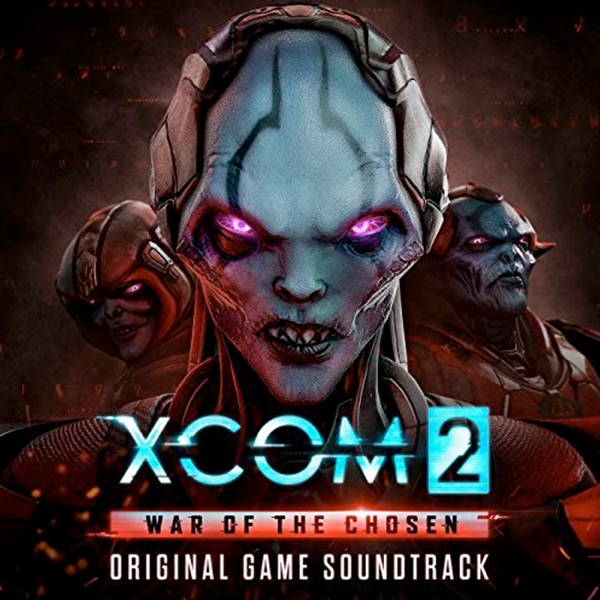 “Overall the music for XCOM 2: War of the Chosen has a much darker and grittier tone that of XCOM2,” Wynn described.  Although XCOM 2 is about Earth’s potential alien encounter with Earth, for this score I went old school and went more analog.  It was my first score using the Matrix Brute.  It’s a wicked sounding analog beast.  I guess you could best describe the XCOM 2: War of the Chosen sound as being orchestral analog.”

XCOM 2: War of the Chosen also allowed Wynn to revisit the themes he created for XCOM2 and XCOM2: Shen’s Last Gift.   “Even though the focus of the music for XCOM 2: War of the Chosen is mainly on the new characters, there is still plenty of themes from XCOM 2,” said Wynn.  “The emotional themes for the WOTC soundtrack actually come from the first DLC XCOM 2 Shen’s Last Gift. The theme revolves around a father saying goodbye to his daughter Lily Shen.”

XCOM 2: War of the Chosen adds extensive new content in the fight against ADVENT when additional resistance factions form in order to eliminate the alien threat on Earth. In response, a new enemy, known as the “Chosen,” emerges with one goal: recapture the Commander. The expansion includes new Hero classes to counter the “Chosen”, new enemies, missions, environments and increased depth in strategic gameplay.

“The mostly heroic XCOM theme, and sinister ADVENT still play a big role. There are quite a few new themes introduced in XCOM 2: War of the Chosen, but the big three are Chosen themes: The Warlock, The Assassin and The Hunter.”  These themes can be heard in the tracks “War of the Chosen” (Chosen theme), “Shadow Domain” (Assassin Theme), “Hidden and Deadly” (Assassin Theme),  “Warlock” (Warlock theme), and “Deadeye” (Hunter theme).

Originally picking up the guitar with an eye towards being a ‘rock star’, Tim taught himself how to write music and be a collaborative player in rock bands.  He began his more formal music training as a founding member of the prestigious Orange County High School of the Performing Arts in 1988. Studying under Mike Ferenci, a well-respected studio guitar player and production music writer, Tim began exploring the craft of writing music to image.  From there he was accepted into the USC School of Music, where he studied under Elmer Bernstein, Christopher Young, Buddy Baker and Jerry Goldsmith.

It was at USC that Tim would meet his business partner and occasional collaborator, Christopher Lennertz.  The two shares studios and begin writing professionally after graduation.  The two are still business partners in the world class production facility Sonic Fuel Studios.  After USC, Tim began writing for [Roger] Corman Productions, following in the footsteps of his composing heroes James Horner and Christopher Young.  “It kind of felt like I was doing the Hollywood thing getting beaten up working for peanuts and doing action movies 3 weeks at a time,” Wynn joked.

Learning the composing grind would prove important for Wynn, as his first video game commissions were just around the corner, both literally and figuratively, as EA was housed around the block from his studio. After composing video game promos for THQ, Wynn was hired to co-compose The Punisher game (with Lennertz).

Email ThisBlogThis!Share to TwitterShare to FacebookShare to Pinterest
Labels: 2K