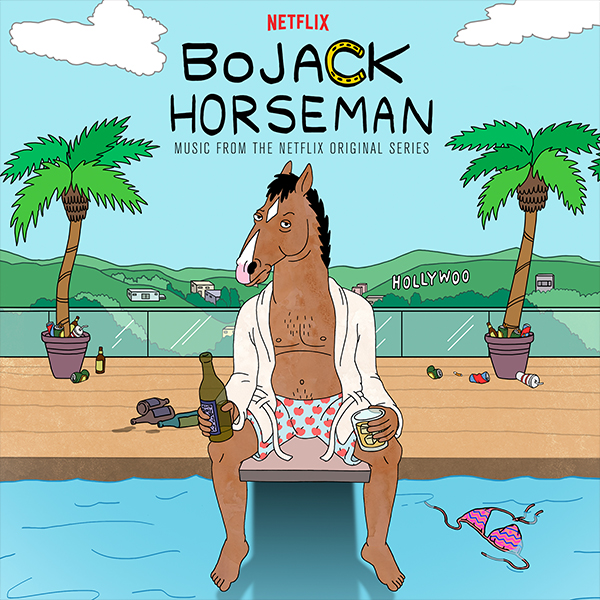 Set in a Los Angeles in which humans and anthropomorphic animal-people coexist, BoJack Horseman is the Critics’ Choice Award-Winning animated show about one man (who is also a horse) who peaked early and is trying to figure out what to do with his life now. An outrageous and dark comedy with a melancholy center, the show asks the question, “What happens when you have the world at your fingertips and you still can’t figure out how to be happy?”

Says Carney:  “The themes of BoJack -- happiness and depression, the search for success and overcoming failures have also been themes I've been drawn to in my music.  I am thrilled that my song featuring my Uncle Ralph's haunting saxophone gets to set the mood for every episode of BoJack Horseman.”

The award-winning “underwater” episode, “Fish Out of Water” is showcased on the entire “Side B” with indie pop band Oberhofer’s “Sea of Dreams” and original score and composition from Jesse Novak.

Series composer Jesse Novak, who, in addition to BoJack Horseman, is also currently composing the score for The Mindy Project.  Prior to his work as a television composer, he has contributed as a player and engineer to recordings by artists like MIA and Vampire Weekend and released music under the name Tugboat.

Says Executive Producer Noel Bright: "Jesse is equally comfortable punching a funny scene with a silly note and scoring a sad scene with a heartbreaking melody.  His music elevates every moment of each episode."

Says Novak: "Writing the music for this show is fun for so many reasons.  Making animation feel real and emotionally resonant, hitting the right tone to parody certain genres and pop-cultural aspects of music, and using timing to enhance a gag are just a few of the challenges that I love.  It's also tremendously entertaining for me to work on a show that pokes fun at show business."