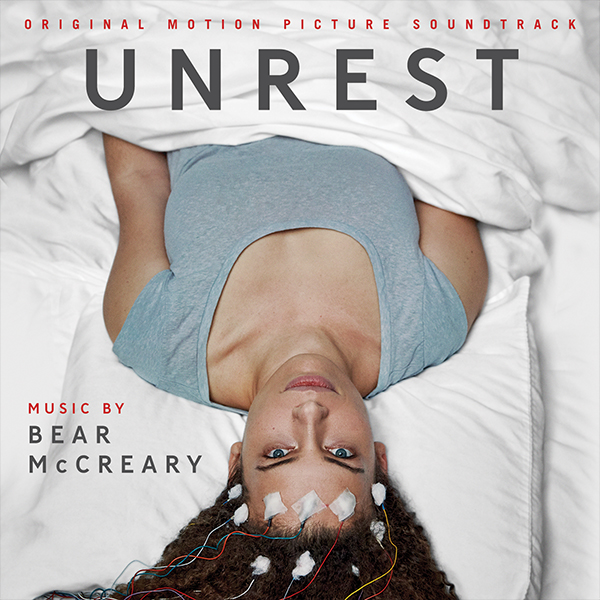 Sparks & Shadows announces the release of the Unrest soundtrack, featuring music by Bear McCreary (Rebel in the Rye, 10 Cloverfield Lane).  The documentary, directed by Jennifer Brea, chronicled her ordeal suffering from ME, more commonly known as Chronic Fatigue Syndrome. This intimate and provocative film premiered at the 2017 Sundance Film Festival, where it earned a Special Jury Prize for editing.

Usually writing music for narrative feature films, McCreary had to take a different approach to compose for a documentary.  “I learned a lot working with Jennifer Brea on Unrest,” said McCreary.  “This is literally her life. So, approaching it as I would a scripted film proved to be pointless.”

In Unrest, twenty-eight year-old Jennifer Brea is working on her PhD at Harvard and months away from marrying the love of her life when she gets a mysterious fever that leaves her bedridden and looking for answers. Determined to live, she turns her camera on herself and her community - a hidden world of millions confined to their homes and bedrooms by ME. Unrest is, at its core, a love story.  How Jen and her new husband forge their relationship while dealing with her mysterious illness is at once heartbreaking, inspiring and funny.


One of the inspirations McCreary took from seeing Brea’s journey was the sound of the MRI machine (“I got to write for and orchestrate the sounds of an MRI machine! That was a first!”).
“They say that your composer is the film's first audience,” said Brea in the film’s blog. “In working with Bear, not only did we deepen the emotional journey of Unrest for viewers, as the director it was an opportunity to experience the film from a fresh perspective and add an entirely new layer of meaning.”

“I rewired my thinking so that I was scoring her life, and thought of the film as a byproduct,” McCreary explained.  “The film tackles complex social and medical issues, and yet I was inspired by Jennifer’s distinctly personal narrative voice. I strove to support her story with subtle themes, warm string textures, and evocative melodies.”

Unrest will be available on in theaters in limited release on September 22nd, via iTunes in the US and Canada on October 10th and worldwide October 31, 2017. It will be broadcast on PBS's Independent Lens in early 2018. Sparks & Shadows will release the Unrest soundtrack digitally on September 22, 2017.