Lakeshore Records "LOOK AND SEE: A PORTRAIT OF WENDELL BERRY" 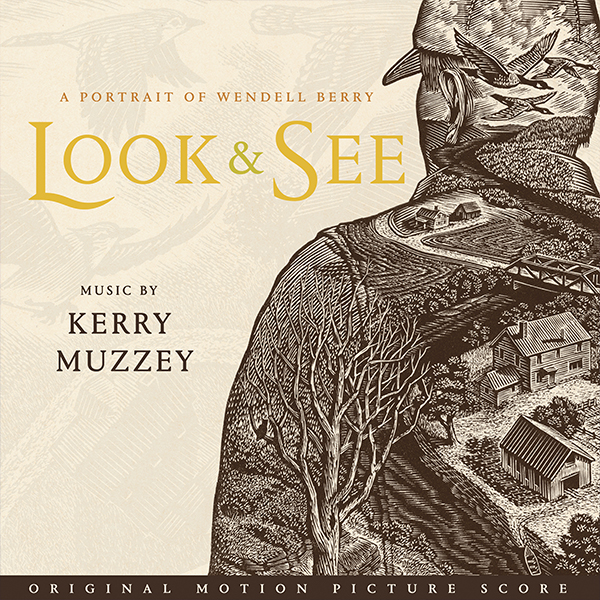 LOOK & SEE revolves around the divergent stories of several residents of Henry County, Kentucky who each face difficult choices that will dramatically reshape their relationship with the land and their community.

In 1965, Wendell Berry returned home to Henry County, where he bought a small farm house and began a life of farming, writing and teaching.  This lifelong relationship with the land and community would come to form the core of his prolific writings. A half century later Henry County, like many rural communities across America, has become a place of quiet ideological struggle. In the span of a generation, the agrarian virtues of simplicity, land stewardship, sustainable farming, local economies and rootedness to place have been replaced by a capital-intensive model of industrial agriculture characterized by machine labor, chemical fertilizers, soil erosion and debt - all of which have frayed the fabric of rural communities. Writing from a long wooden desk beneath a forty-paned window, Berry has watched this struggle unfold, becoming one of its most passionate and eloquent voices in defense of agrarian life.

Filmed across four seasons in the farming cycle, LOOK & SEE blends observational scenes of farming life, interviews with farmers and community members with evocative, carefully framed shots of the surrounding landscape.  Thus, in the spirit of Berry’s agrarian philosophy, Henry County itself will emerge as a character in the film - a place and a landscape that is deeply interdependent with the people that inhabit it.

ABOUT KERRY MUZZEY... is a film and modern classical composer whose music can be heard on both the big and small screens. His most recent work was for the stage in the form of the full-length orchestral score for the original ballet “Casanova” by Kenneth Tindall and Northern Ballet, which wrapped up a UK-wide tour in May with a sold out week of performances at London’s Sadler’s Wells Theatre. His past scores include “Hole in the Paper Sky,” the first film from Jessica Biel’s production company Iron Ocean Films and “To Russia With Love,” the Sundance Films documentary executive-produced by Oscar nominee Howard Gertler of “How to Survive a Plague.” But this mostly-orchestral composer is probably best known for a quiet little piano piece called “Looking Back” that found its way into the hit TV series “GLEE” as a recurring love theme for the show’s two most beloved couples, Rachel & Finn and Will & Emma. Kerry’s music also found its way to #1 on the iTunes and Amazon charts after his pieces “Architect of the Mind” and “Bernini’s Angels” were choreographed and performed on the show “So You Think You Can Dance.”