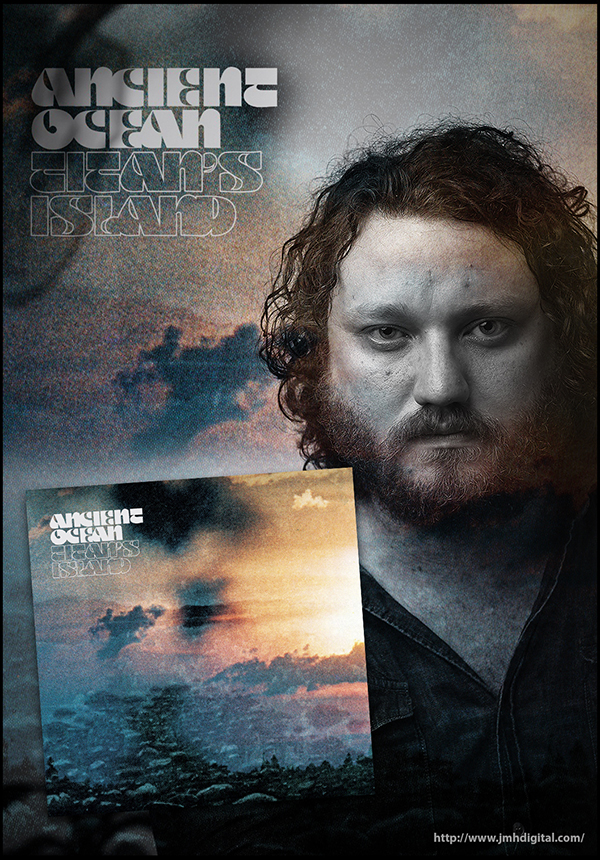 Ambitious, grand and by any measure, beautiful; it’s tempting to simply and sincerely soak in the atmosphere of “Titan’s Island,” the second full-length album from Ancient Ocean, the long running ambient project of NYC-via-Kentucky resident J.R. Bohannon. The album unearths the intense process mending the worlds of modern classical, expansive sound art, minimalism, and the usual micro-guitar and synth exploration we’ve come to expect from Bohannon.

At the very heart of “Titan’s Island” is the album’s concept. Saturn’s moon of Titan has long been considered to be our solar system’s only habitable planet aside from the earth – largely because of its surface lakes and seas, as revealed by the exploratory spacecraft Cassini, as a part of perhaps the most ambitious planetary space exploration in human history. These notions of discovery and exploration immediately find life of their own under Bohannon’s direction, who notes that part of the album was directly influenced by his thinking about how sounds may take shape in space. Space, you’ll recall, is a vacuum. Given such, are the sounds – the literal wavelengths and electromagnetic waves – actually there. And if so, what do they sound like? Such is the depth of exploration engineered by Bohannon on “Titan’s Island.”

The stirring sounds that make up “Titan’s Island” fit no easy description. While the echoes of fellow pioneers in contemplative sound – be they Robbie Basho, Laurie Spiegal, Laraaji, or thousands of others from around the world and back again – may serve as a strong undercurrent to Ancient Ocean, responsibility for the meticulous manner in which they’re assembled for maximum emotional resonance rests with Bohannon exclusively. What is undeniably and immediately present is the core, contemplative quality of “Titan’s Island,” decipherable from the opening seconds of the interlocking, sustained synth tones of the title track that begins the album. The cosmic crash of expectations is brilliantly blown apart only moments later, as the entrance of a genuinely haunting pedal steel guitar line initially implies to the listener that the album is bound to nothing less than an absolutely skyrocketing ambition — an ambition that’s only confirmed, over and over again, on the album’s remaining thirty-nine minutes.

The four songs that make up the album may be better understood as movements, although no matter the definition, their impact is more than the sum of the distinctions. The compositional range of the album is appropriately massive, and occasionally overwhelming (and this is meant purely as a compliment), in a way that’s not just representative of previous Ancient Ocean releases, but emblematic of Bohannon’s emerging, evolving excellence. There’s a temptation to call it one of the year’s most magnificent albums – and Bohannon’s most expressive work to date – but rather than submit to that temptation, we’ll simply recommend your best headphones are in proper working order.

You might think 4 tracks can I get the meaning of this in just 4? Yes, yes you can... it's an atmospheric goldmine of music!
Jeremy [Six Strings]
Hosted by Jeremy [Retro] at 10:14 AM