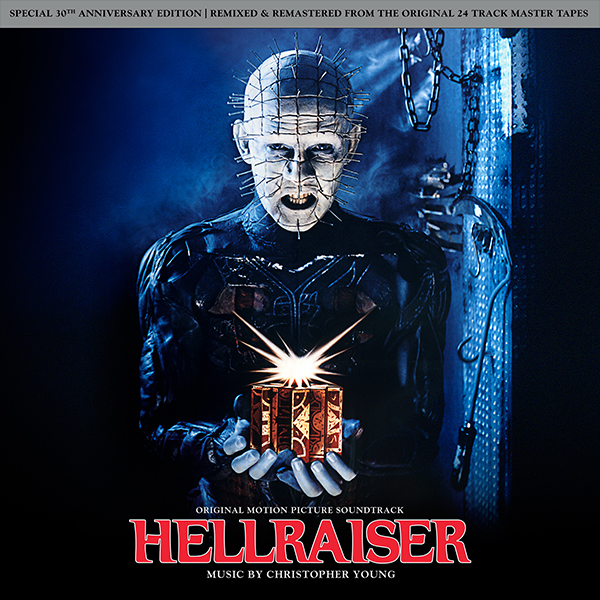 From horror master Clive Barker comes this chilling nightmare featuring the first appearance of the hideous zombie Pinhead, who terrifies his brother and his estranged wife now inhabiting his former home. When a drop of blood partially resurrects him, all hell breaks loose as Pinhead forces his sister-in-law, formerly his lover, to kill and kill again so he can become whole. A creepy, thrillingly perverse tale straddling the thin line between heaven and hell, extreme pleasure and unbearable pain, Hellraiser will haunt your dreams.
All you need to know, it's an amazing score and you should get it!!
Jeremy [Six Strings]
Hosted by Jeremy [Retro] at 1:00 AM

Has it been thirty years? I feel so old.