The Sky Has Fallen and to My Friend... Borrow It, Bring It Back! 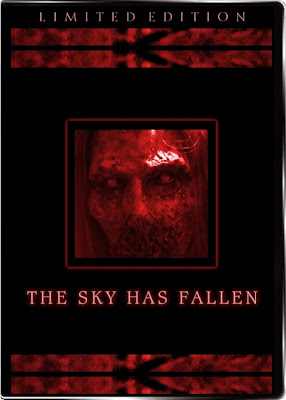 The Sky Has Fallen is a post-apocalyptic love story in the vein of the Japanese film Versus. Within a couple hours, an Ebola-like plague wipes out almost all of the world's population. Trying to avoid infection, people flee to remote locations, but they start seeing mysterious black figures carrying away the dead and experimenting on them. Now, Lance and Rachel, two survivors determined to fight back, must kill the leader of these creatures before the rest of humanity disappears.

All practical FX. No CGI. No shaky cam.

Okay here is a special treat for you all, why well it's very good... but first this. This came to my desk awhile ago, someone asked to borrow a movie from my stash and then took this before I could see it. So I am giving it more of a shout out than normal lame review... cause I can. My first quote that I hope makes it to their special review comments page "It didn't suck, like most independent films"... it took itself serious until the very last breath. Doug Roos brings the vision to the screen and your need to care about the leads to your heart. Effects are top notch and the lead lady "Rachel" makes my little zombie heart go pitter patter... respectfully, don't tell my wife.
-Jeremy [Retro-Zombie]

Here is some of the stuff... 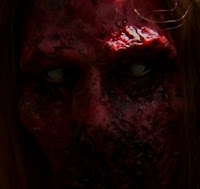 THE SKY HAS FALLEN.... that was always the biggest fear of the brave Gauls Asterix and Obelix ....