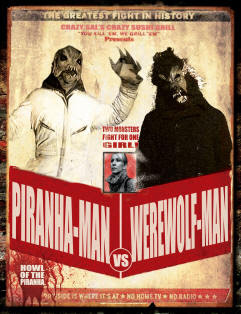 Piranha-Man Versus WereWolf-Man: Howl of the Piranha details the epic generations-long battle between two of natures most perfect killing machines! The rivalry between the fish-like Piranha-Man and the canine WereWolf-Man is one of brutal murder, familial kidnappings, stalking, and incest! When the decades old fight begins to affect the life of investigative journalist Lexi Glass, she finds that sometimes you need to become the story in order to report the story. She discovers the battle of a lifetime along with the horrible secret of her family’s past! Piranha-Man Versus WereWolf-Man: Howl of the Piranha, the inter-species battle you’ve been waiting for! 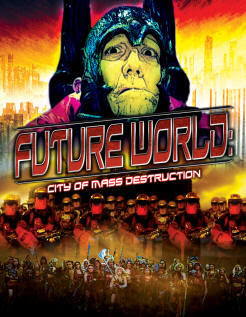 Set in a post-apocalyptic landscape 28 thousand years into the future, "Future World: City of Mass Destruction" is an amazing vision of the last city on earth. After four atomic holocausts and the second Ice Age, only one city remains on our ravaged planet - a city on the edge of insanity, overrun by mutants and madmen, and largely controlled by the tyrannical Devoz Corporation. This dying metropolis is mired in the throes of a power struggle amongst the city's final three corporate dynasties. The surviving corporation must in the end turn to a tribe of Amazon warrior women it once tried to destroy to save their dying planet. Visionary director Daniel E. Falicki guides you through a world of lesbian warriors, insufferable Grugs, a vicious Spider Queen, and a Blue Genie with loads of "smokable" fun! Are YOU ready to party like it's the year 30,000? Then take a trip to FUTURE WORLD! A cutting edge rotoscoped feature in the style of Ralph Bakshi's "Heavy Metal," "Future World: City of Mass Destruction" is sure to become a cult classic.

5/5 On that note, these two films were very different... they were fun... interesting and I found myself very entertained. Yes I was shocked... too I might actually watch them again!
-Jeremy [Retro-Zombie]