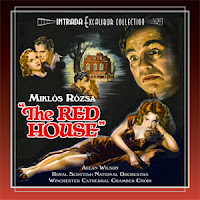 5/5 This a classic piece from the Intrada surrounded around mystery and thrills throughout a complete winner for the great Miklos Rozsa...
-Jeremy [Retro-Zombie]
Hosted by Unknown at 11:43 AM