ALVIN AND THE CHIPMUNKS - THE SQUEAKQUEL 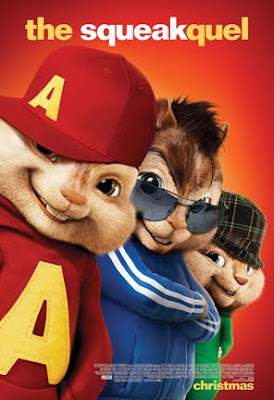 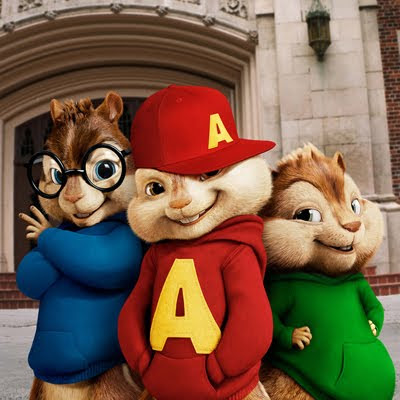 ALVIN AND THE CHIPMUNKS - THE SQUEAKQUEL
In 2007, ALVIN AND THE CHIPMUNKS, a global phenomenon to generations of fans, became a live action/CGI motion picture event with a contemporary comic sensibility. In the holiday season blockbuster, which grossed over $350 million worldwide, songwriter Dave Seville transformed singing chipmunks Alvin, Simon and Theodore into pop sensations -- while the out-of-control trio laid waste to Dave’s home, wreaked havoc on his career, and turned Dave’s once-orderly life upside-down.

Before you could say, “Alvinnnnn!!!” talks began about a new ALVIN AND THE CHIPMUNKS movie. Not content to rest on their laurels, the ‘Munks are preparing yet another “first”: There have been many great movie sequels. There have even been prequels. Now, get ready for the world’s first SQUEAKQUEL, in which Alvin, Simon and Theodore finally meet their match – and maybe more – in the newly arrived female trio, The Chipettes.

Alvin and The Chipmunks have been delighting audiences around the world for over 50 years. From the moment they sprung into being with their #1 Christmas hit The Chipmunk Song, the creative brainchild of singer/songwriter Ross Bagdasarian, Sr., the ‘Munks’ catchy sound has been a pop culture mainstay, for both young and old. For the 2007 big screen debut, ALVIN AND THE CHIPMUNKS, the ‘Munks underwent some important stylistic and attitudinal upgrades. Possessing a contemporary edge and attitude, they were more than just your father’s Chipmunks.

Having taken Hollywood – and the world – by storm in 2007, the ‘Munks and the filmmakers were eager to produce an even more ambitious and entertaining big-screen follow-up.

Many of the original 2007 cast and filmmakers return for the SQUEAKQUEL, including producers (as well as the voices of The Chipmunks and The Chipettes for the past 30 years) Ross Bagdasarian and Janice Karman, executive producers Karen Rosenfelt, Arnon Michele Imperato Stabile and Steve Waterman, actors Jason Lee and David Cross, and ‘Munk voice talents Justin Long, Matthew Gray Gubler and Jesse McCartney. New to the SQUEAKQUEL is director Betty Thomas, who is one of today’s top comedy filmmakers (“The Brady Bunch Movie,” “Doctor Dolittle”, “Private Parts”), actor Zachary Levi (TV’s “Chuck”) and “Chipette” voices Amy Poehler, Anna Faris and Christina Applegate. Herewith are their thoughts about the ‘Munk phenomenon and the making of ALVIN AND THE CHIPMUNKS: THE SQUEAKQUEL.

http://www.munkyourself.com/
Hosted by Unknown at 5:41 PM