Bianca Barnett
Actress/Model
I wanted to thank Bianca Barnett for being a part of 21q's and sorry it's so late, so I thought run it on her birthday week. So please celebrate all of her film work and her being  such a sweet lady!

-Tell us about your career and what you are currently working on or involved with?
I am filming with Pearry Teo (Necromentia, Witchville, Gene Generation) on his latest endeavor, Dead Inside. I will also be doing some theater in the DC area this summer which I am very excited about! After that, I will be working on Anthony Brownrigg’s film, Archaic Redemption, which films in autumn.

-Is this what you thought you would be doing with your life, what was your first passion?
I cannot imagine doing anything else and trust me, I have tried! I veered off path only to be pushed right back into film. Originally it was a tossup between become an indie darling actress or a rock star. I think I chose the right career because the idea of constant touring and heavy partying would probably kill me!

-To whom do you credit your success to, who gives or gave you the most support?
My family, our dogs, and my fiancé are 100% responsible for keeping me here on this planet. My success is accredited to my stubborn nature, optimistic nativity and strange sustainability. That being said, I do not feel that I am anywhere near where I would like to be career wise. I am hoping to be much further along by this time next year.

-If you could meet or work with [living or dead], who would that be and why?
I would love to work with the Coen Brothers because I find their work pure genius.

-What would you like to be remembered for 100 years from now?
Overcoming a torrid sea of obstacles and being the girl that actually followed through with her dreams and kept her kind heart.

-Who inspires you?
I am inspired by early Americana, the 1800s to the 1970s fascinate me. Anyone who was rebellious or different, especially those who defied the typical outlook on life interests me.

-How are things different today, than the same day 1 year ago?
Almost exactly one year ago from today I had left a bad relationship and moved back to Dallas to be near my family. I happened to fall in love with a young museum curator that lived in the Baltimore area and we had a whirlwind romance, I relocated to the upper east coast to live with him and are more in love now that ever.

-What is the last song you bought or listened to in your musical device?
I love metal but I have been listening to a lot of indie folk music and Goth country. I love people who actually write their own songs, play an instrument, and tell a good story. Beautifully written songs are modern poetry.

-Last good film you had seen, and the best movie you would recommend to someone asking?
Watch Jim Gaffigan’s King Baby if you want a good laugh! He is hilarious. I just saw the The Hangover: Part II and it was hilarious. I think that Zach Galifianakis is a comic genius. I love that guy! As far as the best movie, one of my favorites of all time is American Beauty and I love anything by the Coen Brothers. 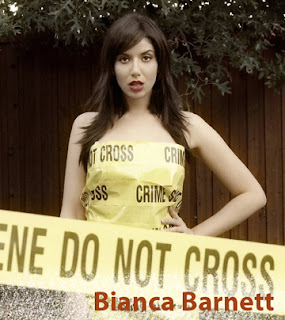 -What is the single greatest moment in your life?
My life is pretty great right now but I always look forward to things getting better, especially in my career.

-Favorite Horror Film?
The Shining, An American Werewolf in London, Return of the Living Dead, Bram Stoker’s Dracula, Interview with the Vampire, many more.

-Favorite Book?
I enjoy reading books about nature, anatomy, death, the occult, and anything macabre. I have always preferred non-fiction- more scientific, instructional, and factual books. I like home décor magazines, too.

-Favorite Song?
“Got Me Wrong” and “I Stay Away” by Alice in Chains. “My Boy Builds Coffins” by Florence+ the Machine which reminds me of my fiancé.

-Favorite Film Composer?
Not sure but I love film scores. Graeme Revell was someone I really liked a lot as a teen!

-Favorite Thing In Your Home?
My fiancé, our dogs, and comfy bedroom- we’re going for a Victorian Gothic Country Medical Natural Curiosity look!

-Favorite Phrase?
"I'm sorry officer. I didn't know I couldn't do that."

-Favorite Hiding Place [Not that we are looking]?
Um, I smuggled some Ativan onto a plane in an aspirin bottle. Or do you mean where do I hide? Under the covers?

If you could tell someone something someone told you, "words to live by" what would that be?
Think of it as an adventure. That’s what my mother always told me. 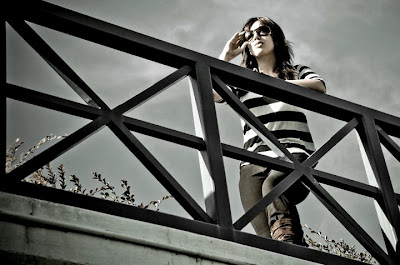 Great interview, she seems awesome. I look forward to seeing in horrors a whole lot more.

Very nice and she's beautiful. How do you get to interview all these awesome people?