The #1 most requested CD Club title is finally here! AIR FORCE ONE: The Deluxe Edition with music composed and conducted by Jerry Goldsmith. 46 tracks across 2 CDs. 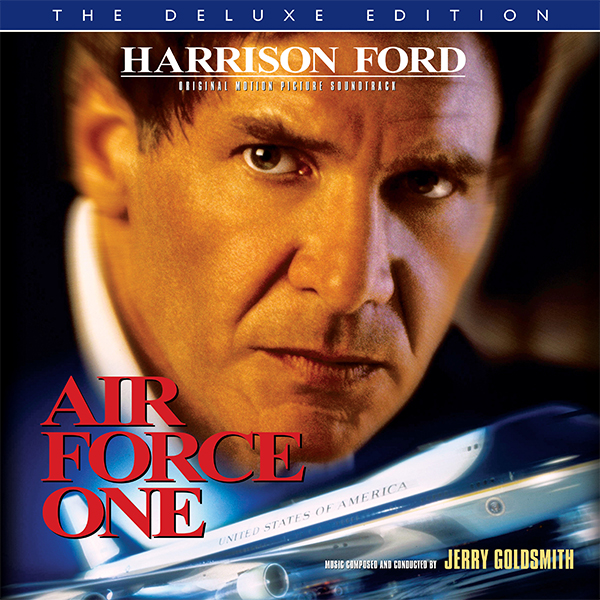 In scores resounding with patriotic brass and militaristic action, Jerry Goldsmith memorably saluted America’s brothers in arms. His themes embodied generals in service to God and country (Patton, MacArthur), men fighting for survival in an America gone astray (First Blood, Capricorn One), an analyst pitted against enemies both foreign and domestic (The Sum of All Fears) and a peace-seeking president combating a coup (Seven Days in May). But no noble warrior that Goldsmith accompanied had faced the impossible odds of a commander-in-chief evading terrorists aboard 1997’s Air Force One. Demanding all of the excitement, emotion and suspense that Goldsmith could muster in a mostly confined setting, it was a film that put the composer in his own heroic race against time. Recorded in a span of only three weeks, (with additional music from Joel McNeely), Air Force One stands out as one of the signature highlights in Jerry Goldsmith’s unparalleled career.

In this action drama, Harrison Ford plays James Marshall, a onetime combat hero in the Vietnam War who is now President of the United States. Communist Radicals hijack Air Force One with Marshall and his family on board. The President must use his strength and intelligence to keep the terrorists at bay and devise a plan to allow his family to escape to safety, while on the ground the vice-president (Glenn Close), the secretary of defense (Dean Stockwell), and the attorney general (Philip Baker Hall) grapple over what to do and how much control to take in this crisis. Limited Edition of 4000 copies. 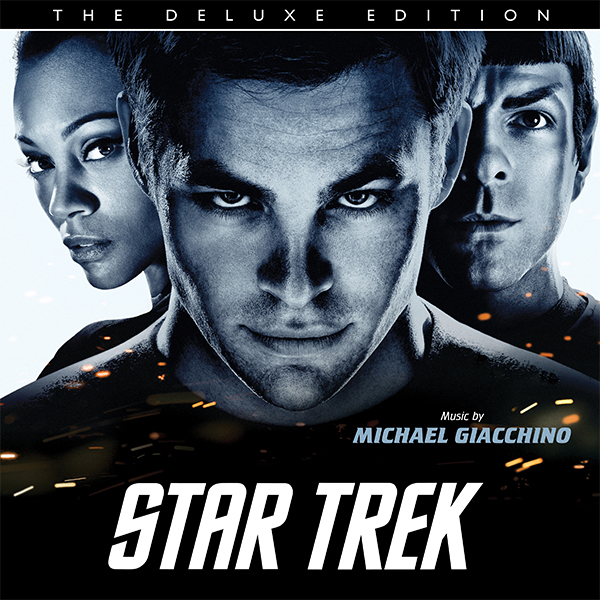 Back by popular demand! STAR TREK: The Deluxe Edition was originally released in 2010 as a greatly expanded 5000-copy special package limited edition version of Michael Giacchino’s score. Since the last copy was purchased almost a decade ago, there have been requests for a reprint. The packaging has been streamlined to a standard jewel case, but the track listing remains identical and includes the abundance of previously released cues.

On the day of James T. Kirk's birth, his father dies on his damaged starship in a last stand against a Romulan mining vessel looking for Ambassador Spock, who in this time, has grown on Vulcan disdained by his neighbors for his half-human heritage. 25 years later, James T. Kirk has grown into a young rebellious troublemaker. Challenged by Captain Christopher Pike to realize his potential in Starfleet, he comes to annoy academy instructors like Commander Spock. Suddenly, there is an emergency on Vulcan and the newly-commissioned USS Enterprise is crewed with promising cadets like Nyota Uhura, Hikaru Sulu, Pavel Chekov and even Kirk himself, thanks to Leonard McCoy's medical trickery. Together, this crew will have an adventure in the final frontier where the old legend is altered forever as a new version of the legend begins. Limited Edition of 1500 copies and sure to sell out. 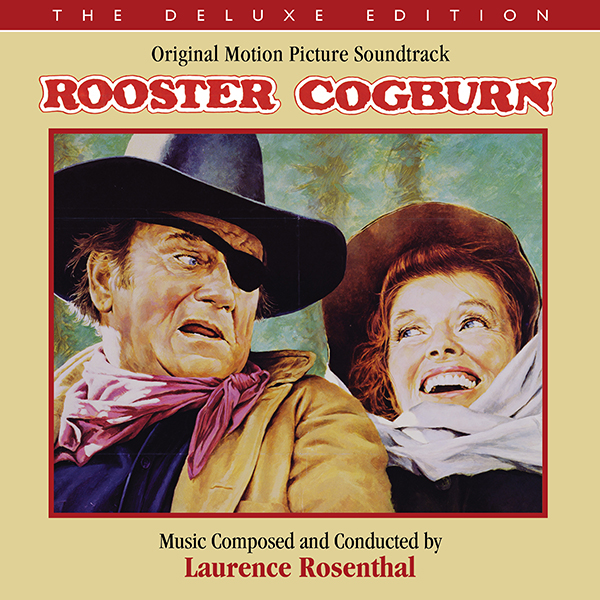 The 1975 film Rooster Cogburn featured the return of John Wayne’s booze-swilling, eye-patch-sporting, rough-and-tumble U.S. Marshal that was first introduced in the 1969 western True Grit. The score was composed by the OSCAR®-nominated composer Laurence Rosenthal, who also scored the 1964 drama, Becket. Much of the ROOSTER COGBURN: The Deluxe Edition score was inspired by either Stephen Foster or Aaron Copland. Look no further than the main title to find a Copland-esque, proud cowboy lullaby that sings over open, orchestral plains or trotting guitar chords as the need arises. This is the first time any music from the film has ever been released.

Rooster Cogburn (John Wayne) has once again been stripped of his badge after some questionable behavior with his gun, but he's given the chance to earn it back after an especially appalling crime demands an experienced lawman. A gang of violent and ruthless criminals, led by Hawk (Richard Jordan) and Breed (Anthony Zerbe), have stolen a shipment of explosive nitroglycerine and cut a swath through a village led by a preacher and his flock. The preacher died, along with many others, and his daughter, Eula Goodnight (Katharine Hepburn), is determined that the outlaws will be brought to justice. Cogburn is given the task of tracking down the criminals, but he's less than enthusiastic about the fact Goodnight insists on tagging along. Rooster Cogburn marked the first (and last) time John Wayne and Katharine Hepburn would work together on screen; it was also the final film from noted producer Hal Wallis. Limited Edition of 1500 copies.