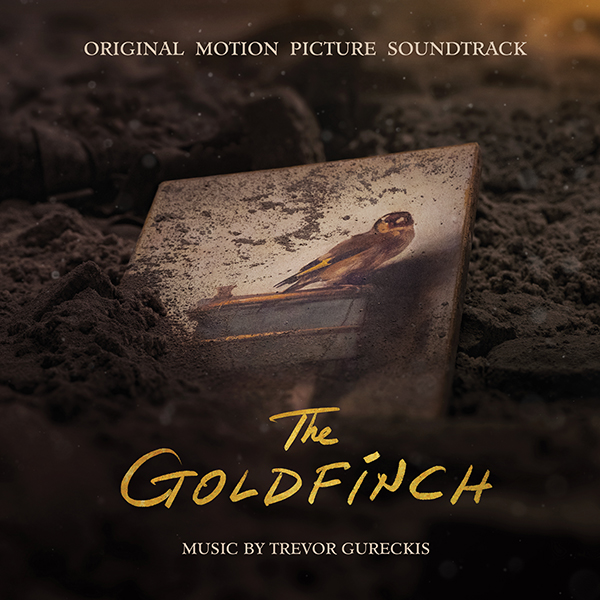 WaterTower Music is excited to announce today’s digital release of the original motion picture soundtrack to The Goldfinch. The Warner Bros. Pictures and Amazon Studios film, from director John Crowley (Brooklyn) is slated for a U.S. theatrical release on September 13th and features an original score by composer Trevor Gureckis (Bloodline, Vice) that is a musical tapestry of modern electronics blended with contemporary orchestra.

Director John Crowley enlisted Gureckis to score the film, and the two creatives worked closely together in the process. “With the score, I think we’re lucky to witness the arrival of a major new musical voice in Trevor Gureckis. As an audition piece, he wrote 12 minutes of music for the film, fully mindful that he might not get the job. But he won it... and then some,” remarks Crowley.

Trevor’s goal was to create music that enhanced the already amazing storyline and work on screen. “Writing The Goldfinch was thrilling not only because of the huge orchestral forces at hand, but also for the opportunity to explore rich textural details with the use of electronics in service of the story. There are moments of vivid impressionism in the orchestra, as well as tapestries of glowing and burning synth textures. A real turning point in figuring out this score, was when John Crowley realized we needed The Goldfinch to appear in the music itself, not just visually in the film. It would be our North Star. So, the opening cue sets the theme that returns in many different transformations depicting anything for the painting to Theo’s traumatized state of mind, as the two are so intertwined. Just like the painting of the bird chained to its post, this theme is suspended harmonically throughout the entire score resolving only in the final moments of the film,” says Gureckis.

Trevor Gureckis is an award-winning composer and producer based in NYC. His work spans film, pop and concert genres. His music often draws on his production experience and classical background, fusing electronics and live instruments in unique ways.

Trevor is currently scoring the Apple TV+ series produced and directed by M. Night Shyamalan entitled Servant. Last December, he finished scoring the highly-anticipated Warner Bros. and Amazon Studios film adaptation of Donna Tartt’s Pulitzer Prize-winning novel, The Goldfinch, directed by John Crowley. The film will premiere at this year’s Toronto International Film Festival and will be theatrically released in the U.S. on September 13th. The composer also has another upcoming theatrical release, the Blumhouse thriller Bloodline, which will be released on September 20th.  Lakeshore Records is slated to release the original soundtrack for Bloodline.

As a producer, Trevor worked on Kanye West’s “The Life of Pablo,” and co-produced the cover of “Say You Will” ft. Caroline Shaw. His synth production can be heard on the song “Freestyle 4” ft. Desiigner. He also produced the electro-pop band My Great Ghost which is featured on the Philip Glass remix album “REWORK_,” along with Beck, Cornelius, and Amon Tobin.

In April 2019, Trevor’s solo album of instrumental and electronic music entitled?“Corte”?was released on SUPERTRAIN Records. His concert music has been performed throughout the country by ensembles like the Minnesota Orchestra, American Brass Quintet, and the Cabrillo Festival Orchestra. His evening-length ballet, “Potential Energies,” premiered at BAM Fisher in 2014 by The Nouveau Classical Project.

He studied composition at the Yale School of Music. Trevor is a co-owner and ECD of?Found Objects, an NYC artist collective.