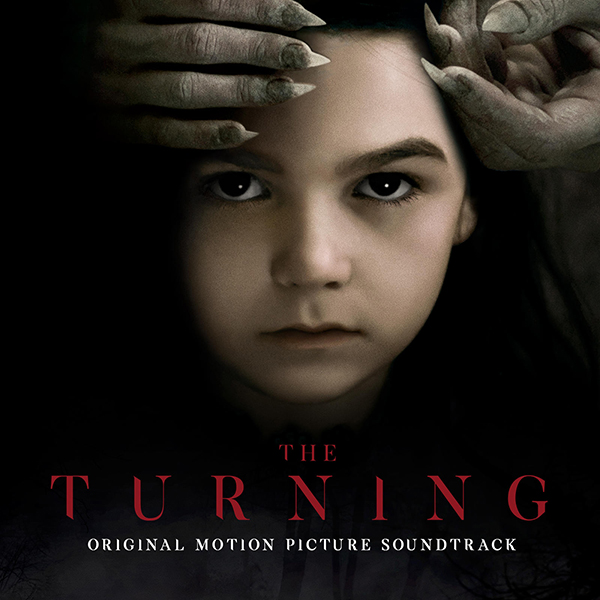 Of the track, Courtney Love says, “I read ‘The Turn of the Screw’ as a kid, so it’s a genuine privilege to have had the opportunity to work with the genius that is Floria Sigismondi and Lawrence Rothman on this soundtrack – especially as I’m alongside so many other fantastic female artists I respect. I’ve long admired her work, particularly The Runaways and the Marilyn Manson videos. Floria and Lawrence had a clear vision on what they wanted to achieve and it was an honor to be invited into their studio and to become a part of it.”

To help create a completely original soundtrack, Lawrence Rothman called in producer Yves Rothman and they went on to approach all their favorite artists and things fell into place. The majority of the soundtrack was written and recorded at Lawrence’s Los Angeles studio, House of Lux.

Lawrence Rothman explains, “We were both inspired by the classic 90’s soundtracks – Romeo and Juliet, Lost Highway, The Crow, the sessions were chaotic and inspired, it was a fever dream for months. Yves and I are beyond ecstatic to have worked with so many of our favorite artists.”  Lawrence too had a strong connection to the short story that inspired the movie, adding, “‘The Turn of the Screw’ was a seminal piece of literature for me when I was a teen, so when Floria Sigismondi approached me to produce all new and original music for her film, curated like the classic 90s soundtracks, it was a dream come true. I had just started my new record label KRO Records with Yves Rothman and Justin Raisen. I already had a compilation project much like the soundtrack in the works with multiple artists, so the timing was serendipitous.

Floria Sigismondi adds, "I wanted original songs you have never heard and a soundtrack that was a nod to the 1990s, but singularly unique to the atmosphere and world I created in The Turning. I had an inspiring time collaborating with Lawrence and Yves Rothman."

For more than 100 years, a deeply haunting tale has been passed down to terrify audiences. Next January, DreamWorks Pictures’ The Turning takes us to a mysterious estate in the Maine countryside, where newly appointed nanny Kate is charged with the care of two disturbed orphans, Flora and Miles. Quickly though, she discovers that both the children and the house are harboring dark secrets and things may not be as they appear.

From writers Chad Hayes & Carey W. Hayes (The Conjuring), The Turning is produced by Scott Bernstein (Straight Outta Compton, Ride Along 2) and Roy Lee (It, The Lego Movie). Universal will release The Turning domestically and in select international territories. www.theturningmovie.com