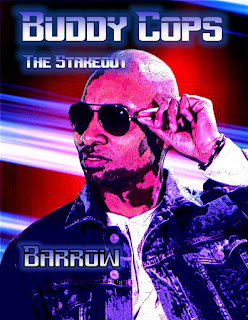 The makers of the short film BUDDY COPS: THE STAKEOUT has released a slew of character posters and behind the scenes photos as well as a trailer in preparation for it's release.

Here is the official synopsis.

The release date is to be determined with an estimated date of mid February of this year.  Look for it on YouTube.