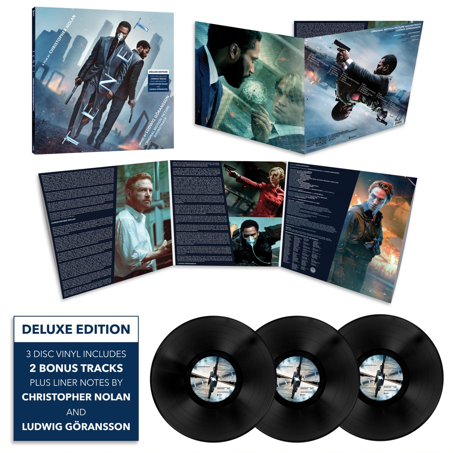 WaterTower Music has today released the Tenet (Original Motion Picture Soundtrack) [Deluxe Edition], the soundtrack to acclaimed filmmaker Christopher Nolan’s sci-fi action spectacle Tenet. This deluxe album features music from Academy- and Grammy Award-winning composer Ludwig Göransson (Black Panther, The Mandalorian), and features the original song “The Plan” by multi-platinum, Grammy-nominated recording artist Travis Scott, and produced by Göransson, Wondagurl and Scott.
The 20- track deluxe version of the soundtrack is now available on 2CD and digitally, with a triple vinyl version, releasing January 22, 2021, now available for pre-order. The triple vinyl and double CD configurations both include 2 new bonus tracks not included on the original soundtrack release; along with liner notes from Christopher Nolan and Ludwig Göransson. A digital version of the soundtrack is now also available for streaming and purchase and includes all 20 tracks.
Jeremy [Six Strings]
Hosted by Jeremy [Retro] at 12:13 PM