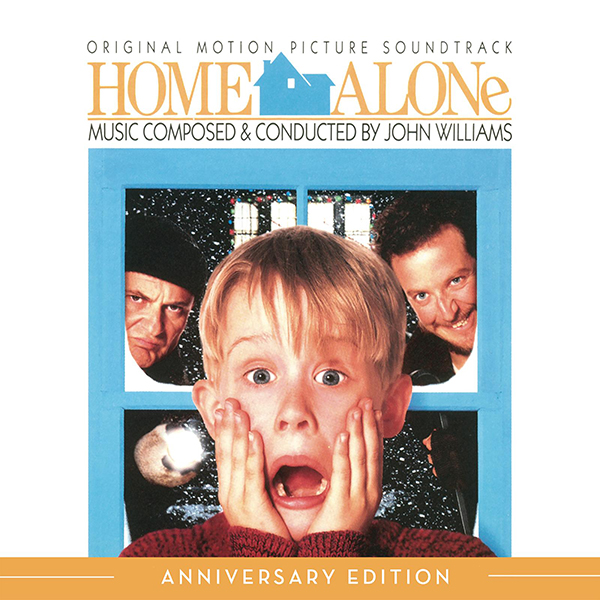 Sony Music Masterworks celebrates the 30th anniversary of Chris Columbus’ classic hit film HOME ALONE and its well-loved soundtrack by the legendary film composer JOHN WILLIAMS. Originally released alongside the 1990 film, the soundtrack was nominated for two Academy Awards® upon its release, with the film’s theme “Somewhere in My Memory” becoming an instant classic in the cannon of both film and Christmas music. Coinciding with the November 16, 1990 release of the film, Sony Music Masterworks will celebrate the 30th anniversary of the film and its instantly recognizable music by Williams this month – listen here.
“ONE OF MY GREAT JOYS WAS BEING GIVEN THE OPPORTUNITY TO COMPOSE THE MUSIC FOR CHRIS COLUMBUS’ MAGICAL FILM HOME ALONE. I’M DELIGHTED THAT NOW, AFTER 30 YEARS BEFORE THE PUBLIC, IT HAS EARNED ITS PLACE AS A PERENNIAL HOLIDAY CLASSIC ENJOYED BY MILLIONS OF PEOPLE AROUND THE WORLD.” – HOME ALONE COMPOSER JOHN WILLIAMS