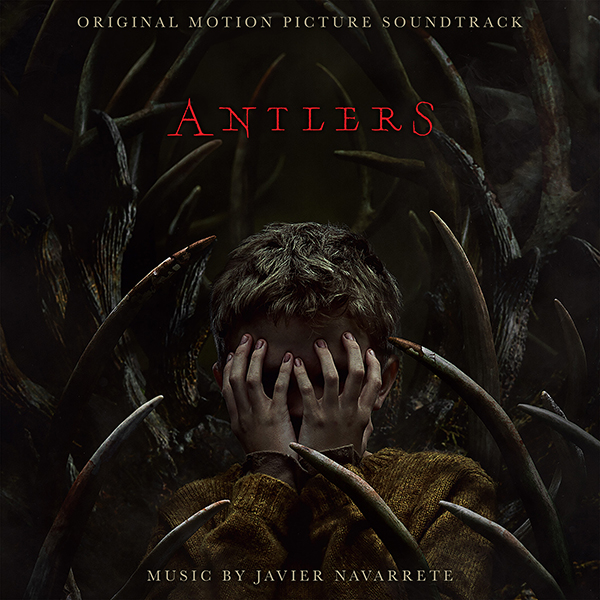 Antlers is a 2021 supernatural horror film directed by Scott Cooper. It follows a school teacher and her sheriff brother in a small Oregon town, where they discover one of her students is harboring a supernatural creature. The film stars Keri Russell, Jesse Plemons, Jeremy T. Thomas, Graham Greene, Scott Haze, Rory Cochrane, and Amy Madigan. The screenplay, written by C. Henry Chaisson, Nick Antosca, and Cooper, was adapted from Antosca's short story "The Quiet Boy," originally published in Guernica magazine in January 2019.

The project was announced in July 2018 with Cooper attached to direct, and the cast joining the next month. Filming took place in British Columbia in October and November 2018.

Antlers premiered at Beyond Fest in October 11, 2021, and was theatrically released in the United States on October 29, 2021, by Searchlight Pictures, after being delayed twice from an April 2020 release date due to the COVID-19 pandemic. The film received mixed reviews from critics, who praised the cinematography, acting and the horror elements, but lamented the screenplay's underdeveloped themes.
Javier Navarrete (born 1956 in Teruel, Spain) is a Spanish film composer, best known for composing the score to Pan's Labyrinth (El Laberinto del Fauno, 2006). Javier built the entire soundtrack around a simple lullaby tune heard in the film. The score also got him an Academy Award nomination. Javier's first known composition was for a short movie 'Mayumea' in 1986. Navarrete also has composed the scores for Whore, Tras el cristal, Dot the i, along with various other Spanish films. His other noticeable scores include 2009's Cracks, 2012's Byzantium and the U.S productions, Mirrors, Wrath Of The Titans and Inkheart. His score for the HBO film Hemingway & Gellhorn won him an Emmy Award.