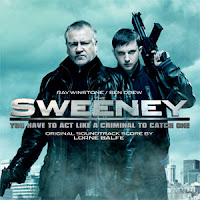 That's an impressive list of things that he's had a hand in.

Unfortunate that I don't play or watch most of them.