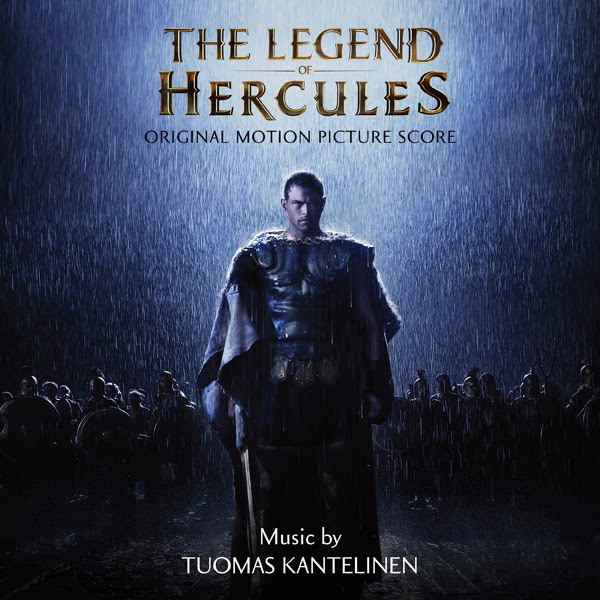 The Legend of Hercules [2014]
Music by: Tuomas Kantelinen
Lionsgate Records


The Summit Entertainment film THE LEGEND OF HERCULES, featuring original music composed by Tuomas Kantelinen (MONGOL, THE ITALIAN KEY) will be released in theaters on January 10, 2014.  The film is the second pairing of Kantelinen for director Renny Harlin, with whom he previously teamed on MINDHUNTERS.

“I was ecstatic to get to tackle the score of a movie that plays on such a grand scale,” said Kantelinen. “The film has both huge action scenes - where one can go crazy with brass and percussion - and a beautiful love story, with opportunities for a softer musical approach.  From the get-go Renny wanted a more 'old-fashioned' score in the vein of classic swords and sandals movies, and as a big fan of orchestral music I was more than happy to go with his idea.”

Film music composer Tuomas Kantelinen (THE LEGEND OF HERCULES, PURGE) studied classical composing in his native Finland and continues to make music for both cinema and concert audiences. Kantelinen has scored orchestral film music for over 30 feature films, including Klaus Haro’s awarded MOTHER OF MINE, Sergei Bodrov’s epic MONGOL: THE RISE OF GENHIS KHAN, and Rosa Karo’s THE ITALIAN KEY, which earned Kantelinen several awards.

His recent credits include PURGE, ONCE UPON A TIME IN THE NORTH, YAKUZA’S DAUGHTER, both ARN: THE KNIGHT TEMPLAR and ARN: THE KINGDOM AT THE ROAD’S END, and the dark thriller MINDHUNTERS, directed by THE LEGEND OF HERCULES director Renny Harlin.

Because of their previous relationship, Kantelinen’s involvement with the project began unusually early. “I read many versions of the script and visited Bulgaria when the movie was being shot, so I got to be on set and meet the cast and crew,” he explained.  “I had already started writing some themes back then and was lucky to be in Sofia when they played my piece on the set the whole day while shooting that particular scene. The cue is in the completed movie as well, so the actors where really hearing the same music on set as the audience hears in the theaters, which rarely happens.”

In the epic origin story THE LEGEND OF HERCULES, Kellan Lutz stars as the mythical Greek hero – the son of Zeus, a half-god, half-man blessed with extraordinary strength. Betrayed by his stepfather, the King, and exiled and sold into slavery because of a forbidden love, Hercules must use his formidable powers to fight his way back to his rightful kingdom. Through harrowing battles and gladiator-arena death matches, Hercules embarks on a legendary odyssey to overthrow the King and restore peace to the land.

THE LEGEND OF HERCULES, from Summit Entertainment, will be in theaters on January 10, 2014.

What can I say other than this a great score from a great composer Tuomas Kantelinen and it will have all the elements for you to enjoy. You might remember that I had a interview with the composer, that I am just thrilled about. [CLICK HERE]
Jeremy [HWR:OLM]
Hosted by Jeremy [Retro] at 12:00 AM