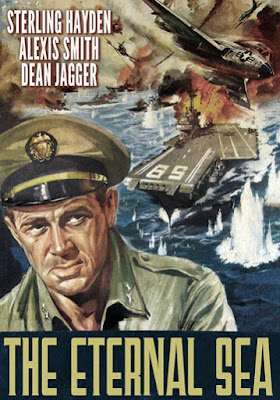 THE ETERNAL SEA [1955]: A dramatic, biographical World War II tale, The Eternal Sea is the story of Admiral John M. Hoskins (Sterling Hayden), a decorated naval officer who wages a personal battle against the powers that be to continue his military service despite an injury that would cost him his leg. Staunch at his side is his wife Sue (Alexis Smith), his equal in love and loyalty. 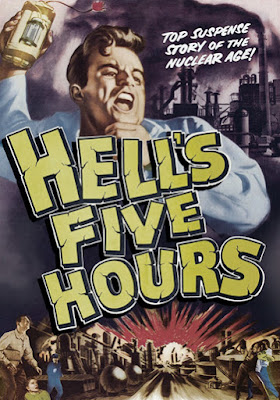 HELL'S FIVE HOURS [1958]: Tension builds as the clock ticks towards Hell’s Five Hours. When a bitter ex-employee Nash (Vic Morrow) takes action against a rocket-fuel manufacturing plant, he sets in motion a series of events that could bring down an entire community in the crime-drama Hell’s Five Hours. Mike Brand (Stephen McNally), Nash’s level-headed former supervisor, will need all of his strength as he races against time to persuade Nash to surrender, while emptying the company’s fuel tanks in order to prevent an impending catastrophe.

Nash ups the ante when he abducts Brand’s wife, Nancy (Coleen Gray), and son Eric (Ray Ferrell), to use as pawns in his quest for revenge 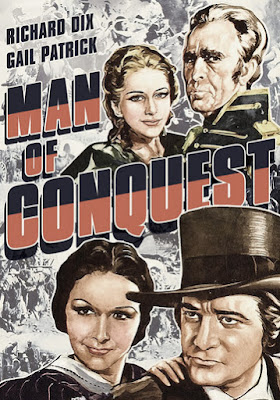 MAN OF CONQUEST [1939]: Inspired by Maurice James’ Pulitzer Prize-winning biography of the famed Texas soldier and politician, Man of Conquest tells the tale of Sam Houston (Richard Dix), one of the founding fathers of Texas, tracing his adventurous life up through the famous Battle of the Alamo. A slice of Americana, Man of Conquest traces Houston’s storied career, from fighting alongside the future President (Andrew Jackson played by Edward Ellis) to his friendships with Jim Bowie (Robert Armstrong) and Davy Crocket (Robert Barrat), as well as his romantic relationships with Eliza Allen (Joan Fontaine), who would become his first wife, and Margaret Lea (Gail Patrick) who would become the third Mrs. Houston.

Boasting superb technical contributions, including those of cinematographer Joseph H. August (William Dieterle’s The Hunchback of Notre Dame, John Ford’s The Informer), the Oscar nominated Man of Conquest (score, art direction and sound) is historical storytelling at its best. 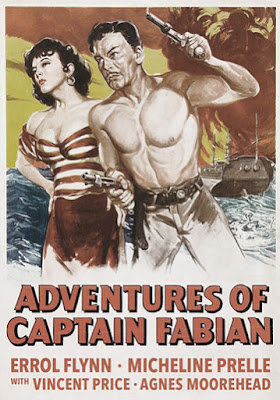 ADVENTURES OF CAPTAIN FABIAN [1951]: Errol Flynn brings considerable machismo to the role of the Captain Michael Fabian in Adventures of Captain Fabian, a romantic, swashbuckling adventure filled with intrigue.

Set in 1860 New Orleans, Adventures of Captain Fabian tells the story of Lea (Micheline Presle) a French Creole maid who seeks revenge against the Brissac family, monied bluebloods who have wrongfully framed her for murder. Coming to her aid is the handsome and daring Captain Michael Fabian (Errol Flynn), whose personal animus propels the plot toward a spectacular finale.