The Family Stone Release New Summer Song, “Do Yo Dance” and Headline Hippiefest 2015 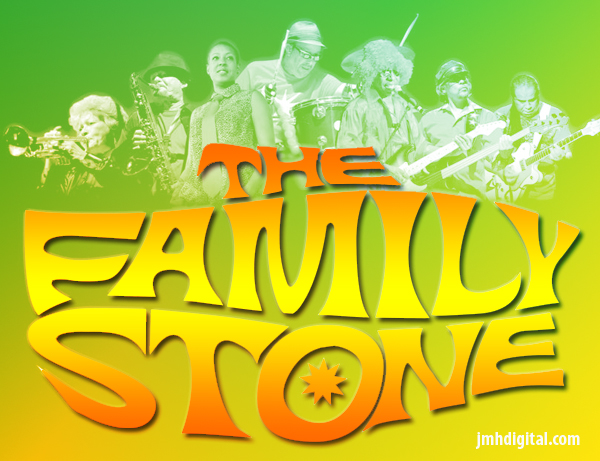 At West Holts Stage (a main stage) at Glastonbury 60,000 fans were in a funky grove listening to The Family Stone that included such classics as “I Want to Take You Higher,” “Everyday People,” “Dance to The Music,” “Family Affair,” and finale “Thank You (Falettinme Be Mice Elf Agin).” Then The Family Stone climbed aboard the Mothership with George Clinton, and supported him on his hits like “One Nation Under A Groove,” a moment Frane’s website Funk U described as “unprecedented.”

Praise for The Family Stone’s funky two hours at Glastonbury came from the media: THE TELEGRAPH’S Bernadette McNulty writes, “The Family Stone…sound fantastic.” NME praised the group for “getting the crowd dancing to hits including ‘Everyday People’ and ‘Dance To The Music’.” A fan tweeted, “The ‘auld’ dudes are dishing up a masterclass!“

The Family Stone play a few more European festivals: Including The Glasgow Jazz Festival, Worthing Pier, and France’s renown Jazz a’ Vienne. Then the group jets to LAX for Independence Day celebrations: July 3 at Spotlight 29 Showroom in Coachella, and the 4th in Las Cruces, New Mexico.

The tour continues as The Family Stone headlines Hippiefest 2015 from July 9 in Tucson, AZ through October 4 in Waukegan, IL.

Other acts on the Hippiefest 2015 tour are: Rick Derringer, Mitch Ryder and the Detroit Wheels, Badfinger w/ Joey Molland. Some dates will include Felix Cavaliere’s New Rascals, the Lovin’ Spoonful, and Rare Earth’s Peter Rivera.

In addition to taking credit as the first-inter-racial band, with male and female instrumentalists in Rock & Roll history, The Family Stone features a new lead singer—Phunne (pronounced “Fun”), daughter of trumpet player Cynthia Robinson and Sly Stone (founder of Sly and The Family Stone).

Cynthia, along with other founding members saxophonist Jerry Martini and drummer Greg Errico are leading the energetic group that has received major acclaim in rock music history. The group was inducted in the Rock & Roll Hall of Fame in 1993., were 2001 R&B Pioneer Award Winners, and inducted into the Vocal Group Hall of Fame in 2007.

In addition to playing Woodstock in 1969 and being one of the biggest bands in America in the late ‘60s through the ‘mid-‘70s, Sly and the Family Stone pioneered topical and social issues in the 1960s when segregation filled the United States with angst, violence, and headlines. Sly and the Family Stone sang against racism, discrimination and self-hate.

Here are the confirmed dates for the 2015 Hippiefest Tour: