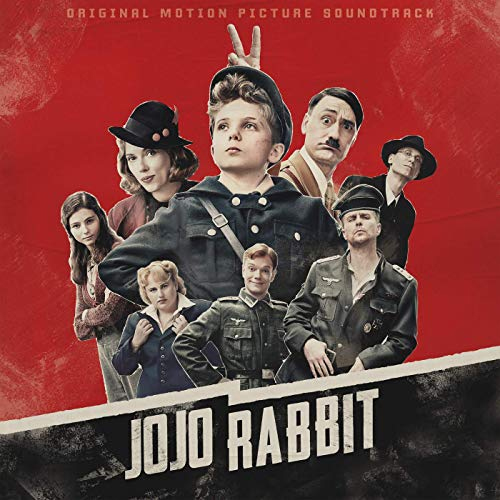 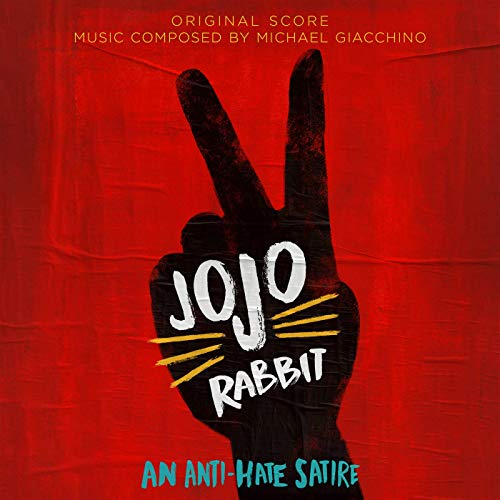 Fox Music/Hollywood Records releases the digital original motion picture soundtrack to Jojo Rabbit, which was directed, written, produced by and stars Taika Waititi.  Michael Giacchino composed, produced and conducted the music for Jojo Rabbit, which was recorded in London.  The soundtrack includes three score cues alongside classic tracks performed in German from The Beatles, Roy Orbison and David Bowie, as well as songs from Ella Fitzgerald, Tom Waits, Love and more.  The Jojo Rabbit soundtrack and score album are available today at streaming and download services, as the film opens in U.S. theatres.

Waititi (Thor: Ragnarock, Hunt for the Wilderpeople), brings his signature style of humor and pathos to his latest film, Jojo Rabbit, a World War II satire that follows a lonely German boy (Roman Griffin Davis as JoJo) whose world view is turned upside down when he discovers his single mother (Scarlett Johansson) is hiding a young Jewish girl (Thomasin McKenzie) in their attic. Aided only by his idiotic imaginary friend, Adolf Hitler (Waititi), Jojo must confront his blind nationalism.

“Working with Michael Giacchino on Jojo Rabbit was a very collaborative and instinctive process,” said Waititi. “His music elevated the film to a new level, hitting those emotional, key points throughout. We were thrilled to have him on board and are excited for audiences to experience and enjoy the score as much as we do.”

Giacchino’s foundation for the score lay in classical influences from 1939 Germany including Chopin, Liszt and Satie.  The composer said, “But most of all what inspired me is constantly thinking, ‘what is the film asking for?’  You just have to try to take on those really hard emotions and feel them in your gut.  That’s the challenge of a film like this.”

Those emotions led to the choice of a pared-down ensemble:  a 22-piece orchestra with a string quartet at its center, as well as piano, a couple of guitars, some brass and percussion. “For me, it’s a really nice change to work with a small, intimate group like that,” Giacchino says.  “I’m used to working with a 100-piece orchestra, but I personally feel the smaller the orchestra, the more emotional the sound.”

Composer Michael Giacchino has credits that feature some of the most popular and acclaimed film projects in recent history, including The Incredibles, War for the Planet of the Apes, Ratatouille, Star Trek, Jurassic World, Rogue One: A Star Wars Story, Spider-Man: Homecoming and Coco. Giacchino’s 2009 score for the Disney and Pixar hit Up earned him an Oscar®, a Golden Globe®, the BAFTA, the Broadcast Film Critics' Choice Award and two GRAMMY® Awards.