Quick and funny story how Anthony and I had met, in my searching for information on "affordable home T-shirt printers" on the internet. I had come across this post about the findings that were found on Anthony's website, where I started asking him questions about his personal experiences on the subject. This started a handful of emails back and forth, which lead to a great friendship... he is a world of talent. I am just very pleased to have internet bumped into to him, right now we are working on a project that he mentions in his 21 questions. We hope to shake the world a little and make your nights more difficult to close your eyes, where you just have to keep looking. 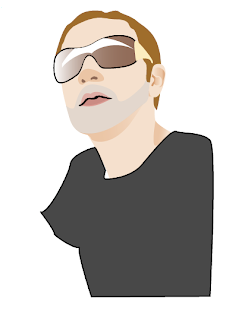 -Tell us about your career and what you are currently working on or involved with?
I'm aspiring to be a top-notch graphic designer, author, illustrator and anything computer art related. I've got so many projects to deal with right now it's almost overwhelming. Currently (and of highest priority) I'm trying to finish my PhD in Physics before I go full fledged freelance, which is a major change of pace. I have a few graphic novels in development, I design print work in my free time for whomever needs it, I want to get into children story illustration eventually, and I'm developing my own website IheartAnthony.com which has taken way longer then I would have hoped/expected. I'm also working with iZombie (you) on a break the mold story that will hopefully knock the world on it's back. Details to come so stay tuned...

-Is this what you thought you would be doing with your life, what was your first passion?
I had no idea I would ever get into graphic design. My first passion was science and astronomy initially. I had a horrible experience with an adviser in that field and so I switched to Biophysics which has been awesome. I started messing around with graphic design about 4 years ago and took to it like a duck in water. People tell me they like my stuff, and I really enjoy producing art so it just seems like a natural fit. With that said, I hope to stay involved in science in some capacity because when you know what I know the world is just different. I have a wealth of knowledge so ask me some questions if you dare!

-To whom do you credit your success to, who gives or gave you the most support?
There are too many people here to list them all. I don't like to think that I'm particularly gifted, but so many people believe that I'm talented enough to do something big that I'm starting to believe it. My girlfriend, my parents, and my younger brother are the easiest to think of. They are always blown away by my talents and encourage me to continue on. Most will probably think that those people are supposed to give me the encouragement but they are the people I depend on the most for criticism and they give me the most valuable insight. 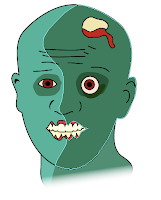 -If you could meet or work with [living or dead], who would that be and why?
I don't mean to sound self centered, but I've always wanted to play a basketball game against myself from five years ago and then talk about all the things I've learned between now and then. I think having that kind of real-time comparison would be invaluable to both my past and current self.


If that's not allowed, then I would like to meet Bret Hart in his prime. I used to be a huge wrestling fan and he is my absolute favorite.

-What would you like to be remembered for 100 years from now?
Taking over the world. That has been my aspiration from birth. I just need to find my Pinky. In all seriousness though, I'm involved in a community of scientists called Open Scientists. We share most/all our research with the world publicly in as close to real time as possible. I'm one of the pioneers in the field and blog about my research frequently. I hope in 100 years people will remember that I was one of the ones who pushed this movement forward.

-Who inspires you?
Everyone. The one thing I have learned that is so valuable to me is that everyone is different and no one is better than anyone else. So I kind of take qualities from others and put them into myself. There isn't anyone who I can't learn from or be inspired by.

-How are things different today, than the same day 1 year ago?
1 year ago I had no clue where I was headed. IheartAnthony was barely a concept. I thought I would still plan on doing research and I didn't think I could be successful in graphic design field. I still have reservations, but I'm ready to take the plunge and face my fears. I know way more about the world around me since last year that it's just amazing.

-What is the last song you bought or listened to in your musical device?
Trey Songz - Yo side of the bed

-Last good film you had seen, and the best movie you would recommend to someone asking?
I just saw Super with Rainn Wilson and it was awesomely violent, funny, interesting, and sad all rolled into one. If you liked Kickass (and I didn't) then this will knock your socks off. Also Black Swan blew me away (those two movies I saw on back-to-back days).

-What is the single greatest moment in your life?
Right now it is the summer I spent in Puerto Rico studying the night sky using the largest telescope in the world (if you saw the movie Goldeneye then you've seen it). It was a blast and a disaster at the same time. If that never happened everything that followed would be different and I might not be talking to you now.

But I'm sure that the greatest moment in my ENTIRE life hasn't happened yet, and I can't wait to experience it.

-Favorite Horror Film?
The Mist, because even with all the odd creatures outside, the real monsters are those caged with you.

-Favorite Book?
I don't read a lot of books, but I read a lot of comics and graphic novels. One of my all time favorites is The Incredible Change Bots by Jeffrey Brown. Very very funny if you love Transformers.

-Favorite Song?
One More Drink by Ludacris and T-Pain 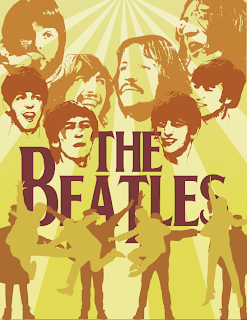 -Favorite Film Character?
Neo, basically he's Superman but the writers don't have to make up powers for him because they stated from the very start that the One could do anything from within the Matrix.


-Favorite Film Composer?
I don't have one. I like all types of different movies and I can't say that there is one person's style of work that best relates to me. But I did wish the Rza did more scores, because I'm a huge fan of the Wu.

-Favorite Thing In Your Home?
My mom has all my old transformers toys, but that doesn't count. So my current favorite thing is my laptop. It is basically my life force. If it ever disappeared I would shrivel up and turn into a raisin. True story!

-Favorite First Pet?
Chico. He is deceased now (sad story on my blog under the Chico tag), but he was the best dog for everything. I used to say he was the best of both worlds. He would cuddle when you wanted and he was super playful when you wanted. I play basketball a lot and he loved the bounciness of the ball and would try and fit it in his mouth. Very hilarious for a little dachshund.

-Favorite Coffee Or Tea?
I actually drink neither. It's all water for me.

-Favorite Phrase?
"So you just raaaaAAaan." From Forrest Gump.

-Favorite Hiding Place [Not that we are looking]?
Now it's my house, but when I played hide and seek when I was younger I would hide in plain sight and no one could find me. I used to hide standing on the kitchen counter top right next to the entrance. So when the seeker went to the kitchen they would just glance in quickly thinking there was no place to hide.

If you could tell someone something someone told you, "words to live by" what would that be?
My dad used to say "Stay in the positive." Growing up I never cared to much about his words to live by mumbo jumbo, but now I realize that he had some really powerful points. I always look for the good in things, because I realized that by looking for negatives you just surround yourself with negative and life isn't as fun. By staying positive everything around you is much better and life can be lived to the fullest. 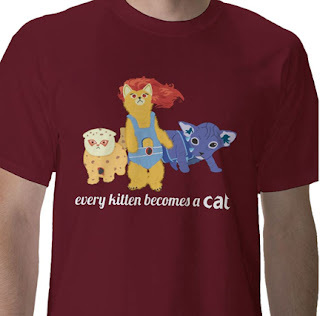 Terrific interview! Ransom, quirky questions and very cool answers. I thoroughly enjoyed reading this and look forward to seeing what you both do next.

thank you he is a cool guy with some great ideas...