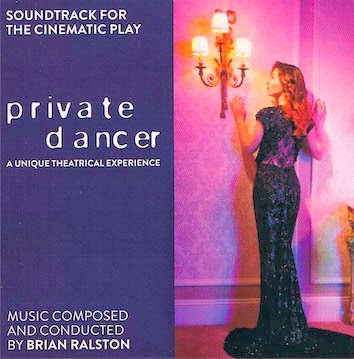 Perseverance Records announces the release of Brian Ralston's score from the off-broadway show, Private Dancer. Private Dancer is the story of the tumultuous personal and professional life of famed actress Rita Hayworth. The show was written by and stars Sage Snakechalmer, an actor, dancer and competitive athlete. Private Dancer opens in New York City today and possibly other cities in the future.

Composer Brian Ralston's score for Private Dancer is a nod to the style of Bernard Herrmann. His music is featured in the film section of the play. Brian recorded the score with the famed Hollywood Studio Symphony which gives it a sound that could from any golden age film of the 1950s. This music is a treat for anybody who loves the music of Herrmann, Alfred Newman and Franz Waxman.

Just Announced!
Jeremy [HWR:OLM]
Hosted by Jeremy [Retro] at 5:20 AM