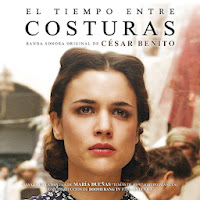 Compared to Downton Abbey and garnering an astonishing success in Spain, the critically acclaimed television series El tiempo entre costuras (based on the novel The Time In Between by María Dueñas) attracts over 5 million viewers to switch on the Antena 3 channel every week. The series features an immensely beautiful, lush and romantic orchestral score by Spanish composer César Benito, whose music for the feature Ways to Live Forever was released by MovieScore Media in 2011. Our soundtrack album, which will be available both in digital format and on CD, presents 70 minutes of music carefully selected by the composer and reflecting the dramatic Spanish Civil War narrative which has engaged millions of viewers. Solo piano compositions which are somewhat minimalist in nature forms the thematic backbone of the score in conjunction with Benito’s elegant orchestrations. Yet another example of the amazingly high standards of Spanish film music! 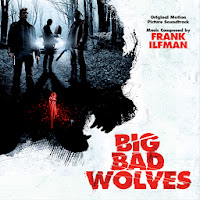 Frank Ilfman, whose other credits include Nemesis Game, The Ferryman and Mercenaries, has written one of this year's most elegant scores in the darker school of orchestral film music with his music for the acclaimed Big Bad Wolves. The film recently received an impressive 11 Israeli Academy Award nominations and has been very well received during festival screenings. Combining thriller elements with mordant humor, Big Bad Wolves was described by The Hollywood Reporter as "fiendishly clever" featuring "mind-bending plot twists". Ilfman's music is centered on an interesting main theme which effectively contrasts minor and major chords, creating a noir-ish mood, and also features major action set-pieces.

Just Announced, it's starting off to be a great year from a great set of labels!
Jeremy [HWR:OLM]
Hosted by Jeremy [Retro] at 5:32 AM