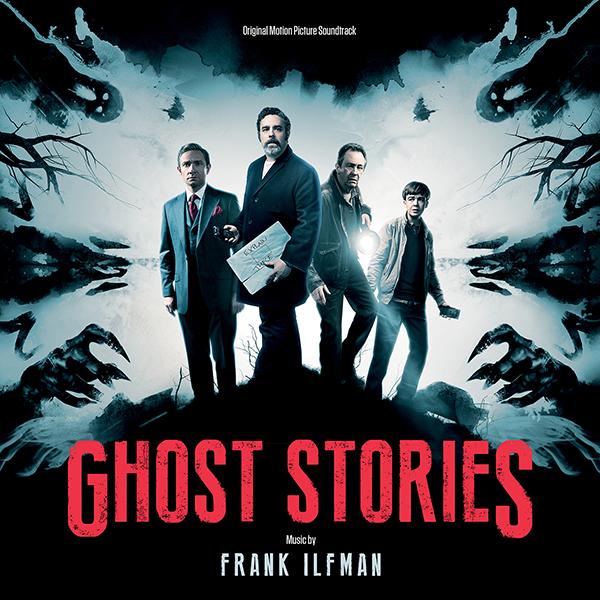 Experience three spine-tingling tales of terror to haunt your dreams. A debunker of all things paranormal, Professor Phillip Goodman (Andy Nyman) has devoted his life to exposing phony psychics and fraudulent supernatural shenanigans on his own television show. His skepticism is put to the test, however, when he receives a file of three chilling, inexplicable cases: a night watchman (Paul Whitehouse) haunted by disturbing visions as he patrols an abandoned asylum; an edgy young man (Black Mirror’s Alex Lawther) involved in a hellish car accident deep in the woods; and a wealthy former banker (Sherlock’s Martin Freeman) visited by the poltergeist spirit of his unborn child. Even scarier: each of the these macabre stories seems to have a sinister connection to Professor Goodman’s own life. Will they make a believer of him yet?

The connections between the film and the play on which it is based were important to Ilfman. “The original play didn’t have any music, but it was clear from day one, that we wanted to have the essence of the stage play when we can, have the mystery supernatural feel looming, we wanted to make sure you entered the world of Goodman you stay there,” he explained. “We used many new technics with the orchestra and the hall space at Air studio, so we can get a more ethereal feel for the score throughout.”

The composer was methodical in his representation of Goodman’s journey. “I wrote five fully developed themes/suites and used hints from each as we dive deeper and deeper into the mystery cases that Professor Goodman is investigating, all the themes are melodically differ but they all share some common hints that we could use when needed. I sampled and recorded many items like bone flutes and monkey skull shaker, ripped fabrics and other toys to be used on the more scary parts and as a sound design atmospheric layer under the orchestra.”

IFC Midnight present GHOST STORIES in theaters internationally on April 13 and in the US in theaters and on demand April 20, 2018. Varèse Sarabande will release the Ghost Stories – Original Motion Picture Soundtrack digitally and on CD April 13, 2018.

Love the score, Frank Ilfman... does his job... one thing I don't care for at the moment is the dialogue added into the  music... I haven't seen this, so I want to edit out those tracks.
Jeremy [Six Strings]
Hosted by Jeremy [Retro] at 8:04 AM