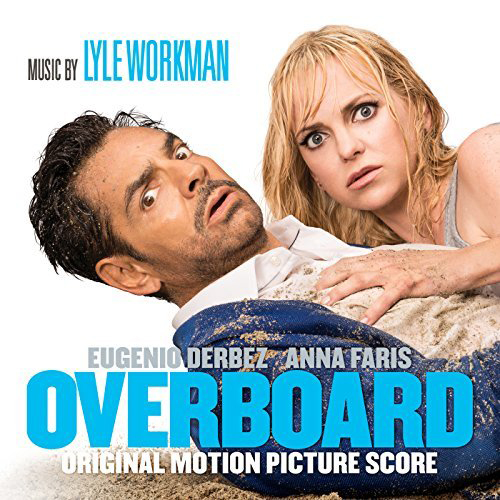 Films he has composed for include Superbad, The 40 Year-Old-Virgin, Forgetting Sarah Marshall, Get Him To The Greek, Yes Man, Win Win, American Reunion, The Incredible Burt Wonderstone, and Bad Santa II. Lyle wrote additional music for the films Knocked Up, Chef and Seth Rogan’s The Interview.

As a session musician, Workman has played on records with artists that include Ziggy Marley, Alanis Morissette, Michael Buble, Sarah Mclachlan, Norah Jones, Bryan Adams, Shakira, Jellyfish and many more. The Northern California native was also enlisted as a member of Todd Rundgren’s group, recording and touring extensively throughout The US and Japan. From 94’ to 98’ he began a string of records and tours with Pixies founder and creative force Frank Black.

Recruited by Beck for a string of world tours, Workman hit the road from 1999 to 2001, performing at major American and European venues and festivals, and on television shows such as “Saturday Night Live,” “The Tonight Show,” “Late Night with Conan O’Brien” and “The American Music Awards.”

Workman joined Sting’s band and performed his first show with the musical icon in London for the monumental Live 8 Benefit. Touring followed throughout Europe and South America in the summer of 2006.

Workman began his career writing music for television commercials, eventually making the jump to feature films. The first was Made, written and directed by Jon Favreau. Workman subsequently wrote additional music for the Will Ferrell film Kicking and Screaming which began a fruitful relationship with one of its producers, Judd Apatow, who chose him to compose music for his feature directorial debut, The 40 Year-Old-Virgin. This led to a succession of Apatow productions, most recently including the Netflix show "LOVE“ and HBO’s "Crashing“.