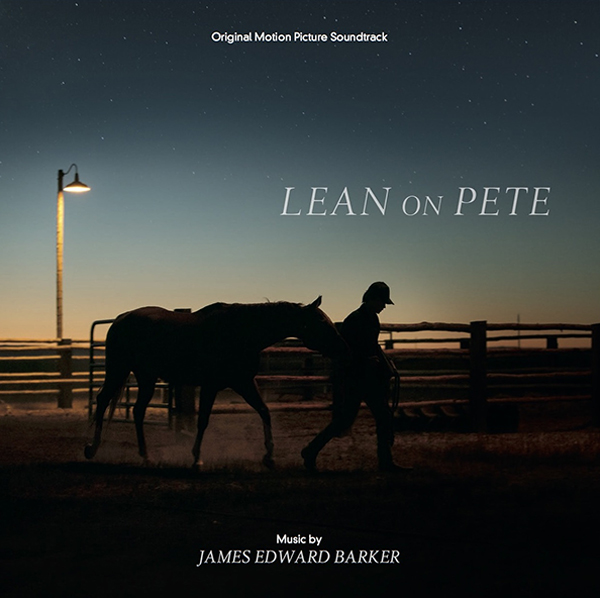 “Much of what audiences will hear in the music is an isolated and exposed rawness, because what I felt they should be hearing was that human interaction with the instruments. Although there are small hooks, chords and note repetitions, there is no essential melody played and there are no thematic changes for different characters. The reason being that the audience is always with the main character Charley, so it’s essentially his score. It’s really about trying to convey his different, albeit complex, moods throughout the film – mainly with tones and sounds as opposed to melodies and notes. It’s a very atmospheric and sparse score, although it is sonically diverse and multi-layered,” said James of his score.

James worked closely with Lean On Pete director Andrew Haigh to accomplish what he had envisioned the score to sound like. “Andrew’s compassion and empathy helped guide me to a place where the score needed to be. This is the fourth time I’ve worked with him and each time I manage to lose myself in the creativity of it all, which in the film world, with tight deadlines etc., can be a pretty hard feat. Andrew’s preferred score style is very much non-leading, or giant sweeping, epic scores; the music needs to be woven within the fabric of the picture and if we could convey what we needed to with even a single sound or note, then all the better. It sounds so simple as a game plan, and it sounds so simple to watch, but it’s actually quite challenging. This is what I like most about working with Andrew – especially in an age where it seems that most directors want bigger and bigger film scores, it’s very refreshing to do something different. So I love that challenge of creating music that is subtle, yet impactful, and collaborating with Andrew makes me question every single sound and its importance to the story.”


About James Edward Barker... is an award-winning British composer and music producer. Influenced by an eclectic mix of genres, James has composed for almost every facet of music. He is a multi-instrumentalist, performing as a guitarist, percussionist, pianist and vocalist, as well as working with a variety of alternative instruments from all around the world. Much of his work uses layers of live sonic experimentation, and grandiose classical motifs with shapeshifting cluster chords, and driving alternative percussion.?

In 2004, James started composing for commercials with fellow composer, Tim Despic, and in 2005 they received their first break in the world of film composing from UK Producer, Neil Peplow, on the $11M romantic comedy,?The Best Man, starring Stuart Townsend, Amy Smart and Seth Green. Since then Barker has composed on over 30 feature films, including Mara, Heist, The Human Centipede II, Psych: 9, and Weekender. And more recently the award-winning, Lean On Pete, directed by Andrew Haigh (Weekend, 45 Years), which James won Best Original Score for at the 2017 Les Arcs Film Festival. James’ latest project is the action film, Final Score, which is his sixth collaboration with director/producer, Scott Mann.
Jeremy [Six Strings]
Hosted by Jeremy [Retro] at 9:19 AM