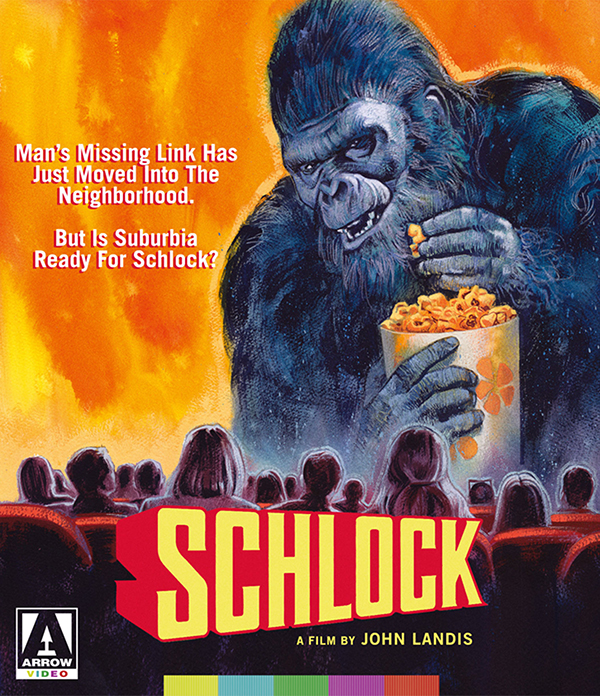 From writer/director John Landis, the mind behind The Blues Brothers and An American Werewolf in London, comes a love story that transcends the boundaries of nature and good taste - the one and only Schlock! Carnage! Terror! Banana skins! The mighty prehistoric ape Schlocktropus has emerged from hiding to embark on a full-scale rampage across a quiet Southern Californian suburb. The police are baffled.

The army is powerless. The body count is rising. But when Schlocktropus encounters a kindly blind woman (Eliza Garrett, National Lampoon's Animal House) who sees beyond his grotesque visage, the homicidal simian is presented with a chance at redemption... Shot over twelve days on a micro-budget, Schlock launched the careers of both Landis and legendary effects makeup artist Rick Baker (Videodrome). An uproarious pastiche of monster movies, packed to the gills with irreverent humor and biting satire, Schlock serves as the outrageous missing link between the creature features of yesteryear and its creators' subsequent varied and celebrated careers.
Jeremy [Six Strings]
Hosted by Jeremy [Retro] at 9:14 AM

Jeremy is Arrow Video region 1? I have been dying to see this!

I think it's Region A/1... here is the listing from Amazon.