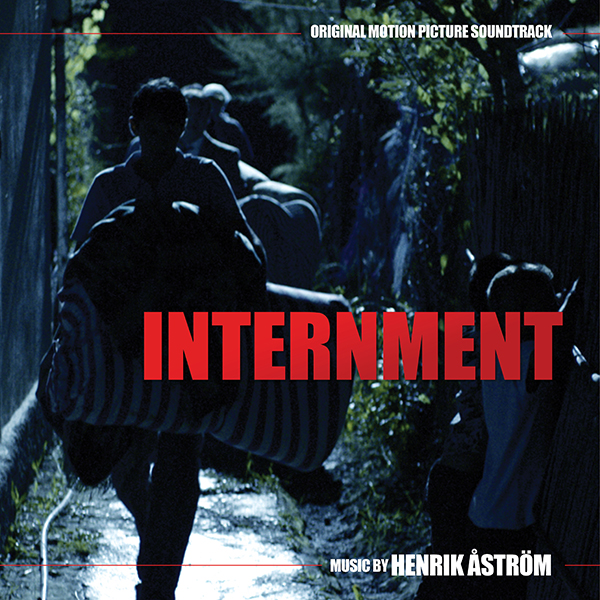 MovieScore Media has another country to add to its always growing list of new territories whose film music is to be explored - this time it’s Albania with the movie Internment. Written and directed by Kast Hasa, the ambitious historical tableau tess the story of three generations of an Albanian family’s struggle to survive their totalitarian regime when a friend returning from America is mistaken for a spy. The story of love, family and cold war espionage is told through the story of 18-year old Frida, her rebellious love Artur and their powerful relations which must overcome the tragedy of the boy and his whole family’s internment. The digital release of the score co-incides with the world premiere of the film at the Arizona International Film Festival.

“The music is very sparse in the first half of movie but is eventually allowed to bloom out and almost become a character of its own towards the end,” says composer Henrik Åström  about his involvement in the Albanian movie. “There is a love theme between Frida and Artur that develops into a larger theme representing the strengths and struggles of the Albanian people during the communist era. Instead of closely following the suspense on screen, I chose to use a combination of solo flutes, bassoons and guitars to give a voice to the inner thoughts of the characters.”

Swedish composer Henrik Åström studied music at the Stockholm Music Conservatory and later at Berklee College of Music in Boston. He has recently scored the hit TV show Make Your Mark for APT, written additional music for the hugely popular Dishonored video game franchise, and worked with Heitor Pereira on the animated blockbuster film Angry Birds. His score for Dude, Where’s My Ferret? won a Goldie Award for Best Musical Score in 2016. His Current projects include Internment, an epic Albanian/American period piece drama, the upcoming feature film Eyes Upon Waking by Jennifer Scott and the action/drama Mango Bajito that stars legendary actor Danny Trejo.
On the link below, you can view a video, featuring a suite from the score: https://www.youtube.com/watch?v=qkjI7hOIPxY