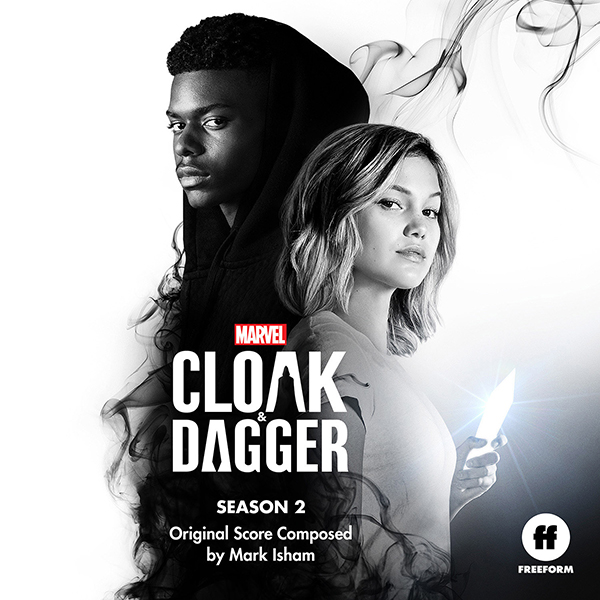 The second season of the American cable television series Cloak & Dagger, based on the Marvel Comics characters of the same name, sees Tandy Bowen / Dagger and Tyrone Johnson / Cloak use their superpowers together. It is set in the Marvel Cinematic Universe (MCU), sharing continuity with the films and other television series of the franchise. The season is produced by ABC Signature Studios, Marvel Television, and Wandering Rocks Productions, with Pokaski serving as showrunner.

The score is composed by musician and Academy® award-nominated composer Mark Isham best known for his work on the television series “Once Upon A Time,” “American Crime,” “Crash” and for films, “A dog’s Journey,” “The Lucky One,” “Eight Below,” “The Black Dahlia,” “A River Runs Through It” and the Oscar®-winning film, “Crash.”