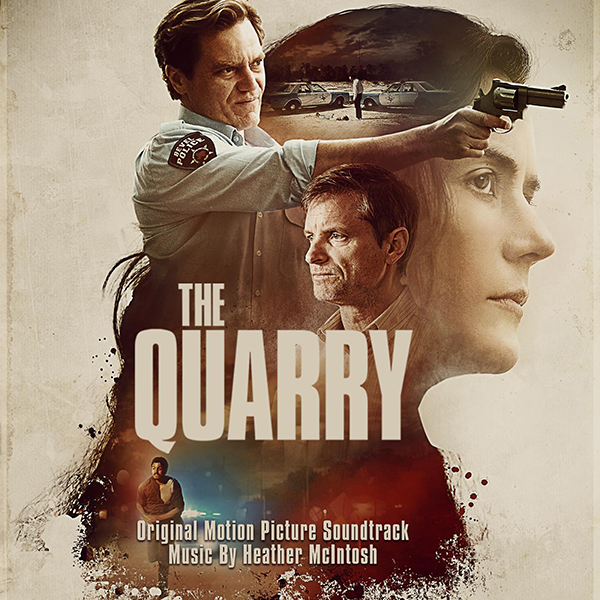 Milan Records releases THE QUARRY (ORIGINAL MOTION PICTURE SOUNDTRACK) with music by composer HEATHER MCINTOSH (Z for Zachariah, The Art of Self-Defense). Available everywhere now, the album features music written by McIntosh for the newest thriller from Grindstone Entertainment Group, a Lionsgate company, which is available now on demand. Also included on the album is an original song entitled “The Man” written and performed by GRAMMY, Academy Award and Golden Globe-winning singer-songwriter Ryan Bingham.

Of the soundtrack, composer HEATHER MCINTOSH says, “I tapped into a new lyricism in my writing with the score to The Quarry. It was first unlocked in the ‘Purple Flowers’ theme and then it unfolded in variations throughout the rest of the score. The open landscape of this film gave me room to stretch out the melodic line over shimmering textures of flutes, percussion and guitars in a way that felt fresh and strangely familiar. The cello has always been a vital part of my writing process, but it has been a minute since I just picked up the cello and let it speak.”

The Quarry director SCOTT TEEMS adds, “The Quarry is my second collaboration with Heather McIntosh, and her work continues to thrill and inspire me. With this film, I believed she's pushed through to exciting new musical territory, building off her cello base to create a rich and haunting soundscape for a town full of lost and wounded souls. Yet as it reaches into the darkness, the score never loses its poetry, its evocative themes or its striking unity. This is powerful music that tells a story, and I'm humbled that it's a part of my film.”

From the novel by Damon Galgut comes this searing thriller, a tale of sin and redemption set in the wilds of Texas. After murdering a traveling preacher, a fugitive drifter (Shea Whigham, Joker) travels to a small town and poses as the man he killed. Though the congregation loves the drifter’s sermons of forgiveness, the local police chief (Academy Award® nominee Michael Shannon, The Shape of Water) is suspicious of the man. Soon a gruesome discovery at a local quarry forces the killer to fight for his freedom. The Quarry was produced by Laura D. Smith and Kristin Mann of Prowess Pictures.

ABOUT HEATHER MCINTOSH... Heather McIntosh started her musical career playing with the bands of The Elephant 6 Collective, Gnarls Barkley, and Lil Wayne. Following her touring days, she has been regularly composing music for film and television since 2011.

In addition to being a frequent collaborator on Duplass Brothers productions, Heather was one of four women eligible for the Academy Awards’ Best Original Score in 2013 for Craig Zobel’s Compliance, and again in 2015 with Craig’s film, Z for Zachariah, both of which premiered at the Sundance Film Festival.

Heather is an alumna of the Sundance Institute Music & Sound Design Labs at Skywalker Sound, a 2014 Sundance Institute Time Warner Foundation Fellow, and a member of the Academy class of 2016. Her credits include Faults and The Art of Self-Defense directed by Riley Stearns, the series One Dollar for CBS All Access, Astra Taylor’s feature documentary What is Democracy?, and most recently co-composed the score to The L Word: Generation Q with Allyson Newman. The Quarry is Heather's second collaboration with director Scott Teems.