Varèse Sarabande Records is thrilled to announce its April 2021 CD Club titles: Lionheart (The Deluxe Edition) by Jerry Goldsmith and Knowing (The Deluxe Edition) by Marco Beltrami. These titles are available today, April 30, exclusively on VareseSarabande.com and internationally on Intl.VareseSarabande.com. The CD Club launched its official start in 1989 and has been a staple of the label ever since, relaunching classic titles from renowned composers such as John Williams and Ennio Morricone, among many others. 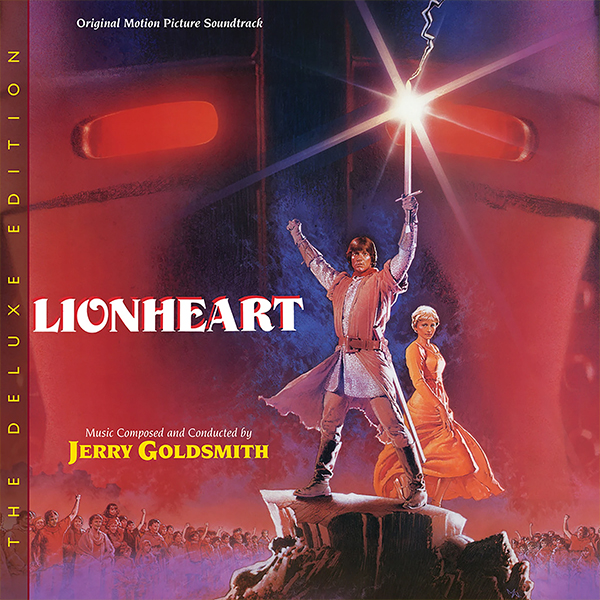 Lionheart (The Deluxe Edition): Jerry Goldsmith reinvented himself numerous times over his storied career, but one of his most popular periods was the 1980s wave of large-scale symphonic scores. Lionheart (1987) came at the crest of this illustrious period, and saw his rousing symphonic style—with glorious melodies, dazzling orchestrations, and synthesized embellishments—tackle a young-adult adventure in the Crusades.

Lionheart marked Goldsmith’s final collaboration with his friend and most prolific director collaborator, Franklin Schaffner (Planet of the Apes, Patton, Islands in the Stream). The film starred Eric Stoltz as the leader of a Children’s Crusade of orphans against Gabriel Byrne as an evil Black Prince. Little-seen today, the project is perhaps best-known for Goldsmith’s magnificent score, which he recorded with the Hungarian State Symphony Orchestra; its stirring, noble main theme made its way into Goldsmith’s concert repertoire.

In 1987, Varèse Sarabande’s album producers adored the Lionheart score so much that they released not one but two volumes of vinyl LPs. Most, but not all, of the tracks were released on a single CD compilation in 1994. Now, this 2-CD Deluxe Edition presents the complete contents of both LPs, in film sequence, and adds two additional, previously unreleased cues. Because the new cues are sourced from reference material, they are labeled as “bonus tracks” at the end of a shorter-than-expected disc one, so as to remain in chronological order. The new liner notes are by film music journalist Tim Greiving. 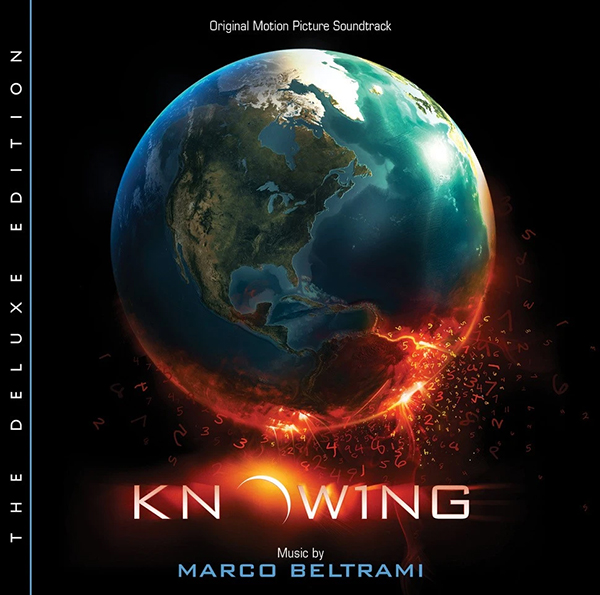 Knowing (The Deluxe Edition): Knowing was a hit when it was released in the spring of 2009, starring Nicolas Cage as an MIT astrophysics professor trying to decipher a prophecy of numbers that eerily predict worldwide disasters. Directed by Alex Proyas (The Crow), the film features Cage in a race against time with the entire human race at stake.

Reuniting with Proyas from I, Robot was composer Marco Beltrami, who provided Knowing with a powerful score at turns suspenseful, terrifying, pulse-pounding and action-packed. Recorded with a large orchestra in Australia, the score also has poignant emotional moments and a grand scope befitting the film’s apocalyptic implications.

“Working on Knowing with Alex Proyas was such an inspiring experience. His imagination sparked my own imagination and in turn, with the amazing musicians we recruited down in Sydney, we were able to produce one of my more adventurous scores.” – Marco Beltrami

Knowing was released by Varèse Sarabande as a single CD at the time of the film. This 2-CD Deluxe Edition nearly doubles the playing time, and features new liner notes by film music journalist Daniel Schweiger incorporating interviews with Beltrami and his collaborators, Buck Sanders and Marcus Trumpp.

Varèse Sarabande is one of the leading and most prolific producers of film and television soundtracks. The label was formed as a merger between Varèse International Records (named for composer Edgar Varèse) and Sarabande Records (named after a musical dance form). The label’s iconic logo – a frequent curiosity of fans around the globe -is actually an inkblot created by blowing a straw on a piece of paper with India ink.

Initially a classical label, Varèse Sarabande released its first album of film music in June 1978. Since then, Varèse Sarabande has released thousands of soundtracks and new recordings of classic film scores conducted by celebrated composers with the world’s best-known orchestras.

The label upped the ante for fans by creating the Varèse Sarabande CD Club—releasing exclusive limited-edition deluxe soundtracks featuring rare and long-requested titles. The CD Club ran initially from 1989–92 and was restarted in 2001, and Varèse continues to create Deluxe Editions of cherished scores that might otherwise never see a release.