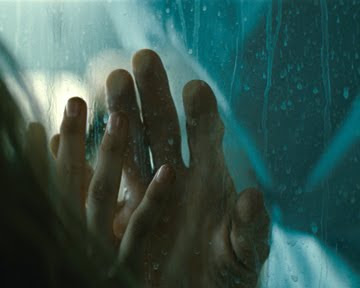 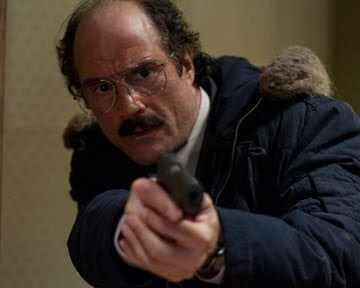 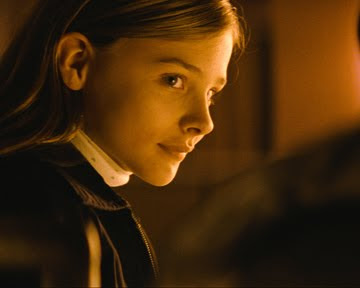 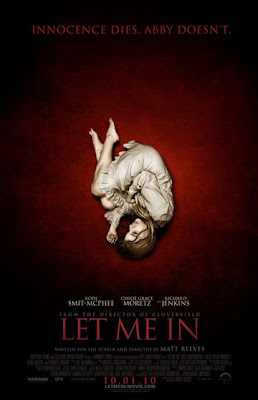 LET ME IN [2010]
Chloë Grace Moretz (Hit Girl in Kick-Ass) stars as Abby, a mysterious 12-yearold
who moves next door to Owen (Kodi Smit-McPhee, The Road), a social outcast who
is viciously bullied at school. In his loneliness, Owen forms a profound bond with his new
neighbor, but he can’t help noticing that Abby is like no one he has ever met before. As a
string of grisly murders grips his wintry New Mexico town, Owen has to confront the
reality that this seemingly innocent girl is actually a savage vampire.
Let Me In, a haunting and provocative thriller written and directed by filmmaker
Matt Reeves (Cloverfield), is based on the best-selling Swedish novel Låt den Rätte
Komma In (Let The Right One In) by John Ajvide Lindqvist, and the highly acclaimed film
of the same name. The film’s score is by Oscar®-, Emmy®- and Grammy®-winning
composer Michael Giacchino (Up, “Lost”). Let Me In marks the return of legendary
British horror brand Hammer Films and is the first movie to come out from the studio in
over 30 years.
Let Me In stars Chloë Grace Moretz (Kick-Ass), Kodi Smit-McPhee (The Road),
Oscar nominee Richard Jenkins (The Visitor), Elias Koteas (Shutter Island) and Cara
Buono (“The Sopranos”). The film is produced by Simon Oakes (Wake Wood), Alex
Brunner (The Resident), Guy East (Terminator 3: Rise of the Machines), Tobin
Armbrust (The Resident), Donna Gigliotti (The Reader), John Nordling (Let the Right
One In) and Carl Molinder (Let the Right One In). Executive producers are Nigel Sinclair
(Terminator 3: Rise of the Machines), John Ptak (The Imaginarium of Dr. Parnassus),
Philip Elway (Dear John) and Fredrik Malmberg (Mutant Chronicles). Co-producer is
Vicki Dee Rock (My One and Only). Director of photography is Greig Fraser (Bright
Star). Production designer is Ford Wheeler (After.Life). Costume designer is Melissa
Bruning (Love Ranch). Original music is by Michael Giacchino (Star Trek).
Hosted by Unknown at 6:43 AM

I've heard the remake is good, but I thought the original was brilliant.

i love that little girl from kick-ass, i am sure it is entertaining as a film. they promote it like it is the only one ever made...