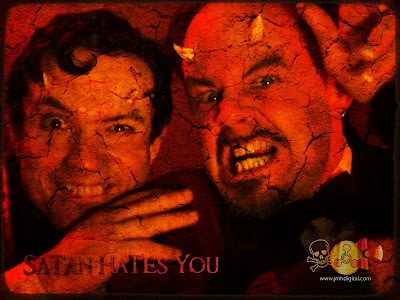 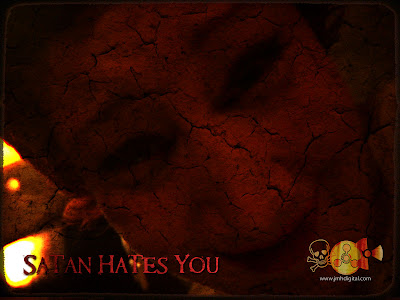 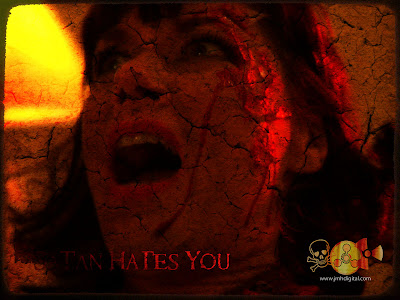 SATAN HATES YOU is the latest feature film from producer Larry Fessenden's Glass Eye Pix and writer/director James Felix McKenney's MonsterPants Movies. The film has been in the process of being shot in small segments since 2005 while McKenney and company worked on other projects, including the critically acclaimed AUTOMATONS. The final shoot, which makes up the bulk of SATAN HATES YOU, was completed in July of 2008.
Inspired by films from the golden age of religious cinema such as A THIEF IN THE NIGHT (1972), IF FOOTMEN TIRE YOU, WHAT WILL HORSES DO? (1971) and STALKED (1969), SATAN HATES YOU is a graphic horror film that tells the stories of two individuals and their personal struggles with Lucifer himself.
We follow Marc (Don Wood) a homicidal maniac driven by demons buried deep within his soul, and Wendy (Christine Spencer) Marc's polar opposite who lives life fast and hard without a second's thought to the consequences. Their separate paths will eventually cross, but will it be on the road to salvation or the highway to hell?
The film boasts a large ensemble cast, mixing well-known genre names with MonsterPants regulars.SATAN HATES YOU is currently in post-production. The film will begin premiering in festivals in fall 2009.
Hosted by Unknown at 9:19 AM