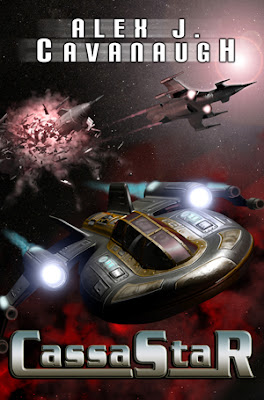 To pilot the fleet’s finest ship…
Few options remain for Byron. A talented but stubborn young man with a troubled past and rebellious attitude, his cockpit skills are his only hope. Slated to train as a Cosbolt fighter pilot, Byron is determined to prove his worth and begin a new life as he sets off for the moon base of Guaard.
Much to Byron’s chagrin, the toughest instructor in the fleet takes notice of the young pilot. Haunted by a past tragedy, Bassa eventually sees through Byron's tough exterior and insolence. When a secret talent is revealed during training, Bassa feels compelled to help Byron achieve his full potential.
As war brews on the edge of space, time is running short. Byron requires a navigator of exceptional quality to survive, and Bassa must make a decision that could well decide the fate of both men. Will their skills be enough as they embark on a mission that may stretch their abilities to the limit?
“…calls to mind the youthful focus of Robert Heinlein’s early military sf, as well as the excitement of space opera epitomized by the many Star Wars novels. Fast-paced military action and a youthful protagonist make this a good choice for both young adult and adult fans of space wars.” - Library Journal


ALSO AVAILABLE AS AN eBOOK – KINDLE, iBOOKSTORE, NOOK, AND OTHERS
------------------------------------------------
I have recently became one of Alex's friends in this vast world of the internet and starting reading his post that really had nothing to do with his book... just a real sense of his surroundings.  His certain passion for writing and making his word known, and a perspective on life we all can appreciate.  Only then to discover he was soon releasing his book, and thought to myself...I want to get this word out.
Here is something about him, in my talk with Alex and who he is...
Alex J. Cavanaugh has a Bachelor of Fine Arts degree and works in web design and graphics. He’s experienced in technical editing and worked with an adult literacy program for several years. A fan of all things science fiction, his interests range from books and movies to music and games. Currently he lives in the Carolinas with his wife.
What the inspiration for this book was?
I was a kid when Star Wars came out and that movie really sparked my interest in science fiction. Specifically, the TV show Battlestar Galactica inspired the concept behind CassaStar. Yes, the original series was cheesy, but it planted the idea of fighter pilots firmly in my head.
Who do you find to be your reading audience to be?
My original audience was those who enjoyed a good science fiction adventure. However, once I began blogging, I realized CassaStar had a far wider audience than just science fiction fans. I think the strength of the characters will attract readers of other genres, both adults and teens.
What do you want to say to the world about anything?
Get off your cell phones while driving!
Seriously though, I am excited and humbled by the interest in CassaStar and hope that all who read it enjoy the story!

Alex J. Cavanaugh
http://alexjcavanaugh.blogspot.com/
Hosted by Unknown at 6:08 AM

That's cool!! I dig the banners you created. Thanks again!