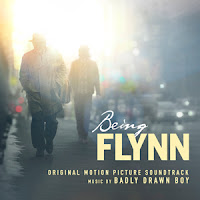 Being Flynn is the new dramatic feature from Academy Award-nominated writer/director Paul Weitz (About a Boy). Adapted from Nick Flynn’s 2004 memoir Another Bulls—t Night in Suck City, the movie explores bonds both unbreakable and fragile between parent and child.
Nick Flynn (portrayed in the film by Paul Dano of Little Miss Sunshine and There Will Be Blood) is a young writer seeking to define himself. He misses his late mother, Jody (four-time Academy Award nominee Julianne Moore), and her loving nature. But his father, Jonathan, is not even a memory, as Nick has not seen the man in 18 years.
Jonathan Flynn (two-time Academy Award winner Robert De Niro) has long defined himself as a great writer, “a master storyteller.” After abandoning his wife and child, Jonathan scrapes through life on his own terms. Despite the occasional grandiose letter to his son, he has remained absent from Nick’s life. Suddenly facing eviction from his apartment, Jonathan impulsively reaches out to Nick and the two come face-to-face.
Evocatively told, ruefully funny, and moving in its depiction of the ties that bind, Being Flynn tells a story that reveals universal truths.
01. I'll Keep The Things You Throw Away
02. Asleep At The Wheel
03. Harbor Street Check-in
04. If It's Too Late
05. Last Day
06. The Smile Behind Your Face
07. Priest Rant
08. Coming To Your Senses
09. Sell My Blood
10. The Space Between My Ears
11. Jonathan Goes To Work
12. Letter, Mirror
13. Another Day, Another Night
14. Letter To The President
15. Let It Rain


Mixture of music and score by Badly Drawn Boy as you will be taken in by the first song "I'll Keep The Things You Throw Away" and want to keep listening. Each tracks blends nicely as it moves from score to a song that helps bring a vision to light and this is a good thing. Overtones of blending piano to a sway of old school to a modern tempo... as it will enrich your senses.
-Jeremy [Two Thumbs]