Lakeshore Records: The Heat... is On!! 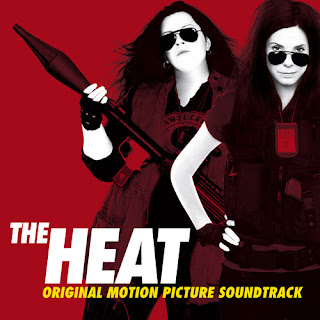 
(June 3, 2013– Los Angeles, CA) – Lakeshore Records will release The Heat – Original Motion Picture Soundtrack digitally and in stores on June 25, 2013.  The album features the new song “Rock This” by Santigold along with songs that will make you want to get up and dance from LCD Soundsystem, Parliament, The Isley Brothers, Kimbra, and Deee-Lite

Said director Paul Feig (Bridesmaids), “When these songs come on, you’ll know the party has started.”

From the beginning, music became an integral part of the film for Feig.  After reading the script by Katie Dippold (TV’s Parks and Recreation, MADtv), he gave it to his wife to read.  “As she laughed in the other room, I turned Pandora to the James Brown channel to celebrate.”  A few songs later he heard “Fight the Power” by The Isley Brothers.  “I immediately said to myself, ‘That’s the opening credits song for The Heat!’  And so the entire musical tone for the movie was set.”

Feig continued, “My favorite part of film-making is finding the perfect music to complement what’s happening on screen.” And I wanted The Heat to feel like a party.  I wanted the audience to have fun.  And since I have to watch a movie hundreds of times as I’m making it, I wanted to use music that I wouldn’t get tired of.  Every song in this film is a desert island song for me.  I will never get sick of them.”

In The Heat, uptight FBI Special Agent Sarah Ashburn (Sandra Bullock) and foul-mouthed Boston cop Shannon Mullins (Melissa McCarthy) couldn’t be more incompatible. But when they join forces to bring down a ruthless drug lord, they become the last thing anyone expected: buddies. From Paul Feig, director of Bridesmaids.

Thanks Jeremy for stopping by and commenting on my recent D-Day post.

CSM Ryan's story has received an incredible amount of support.

*Thank you*, DL Hammons and all the Blitzers :)

Bill said to let everyone know he really appreciates all the personal comments directed his way :)